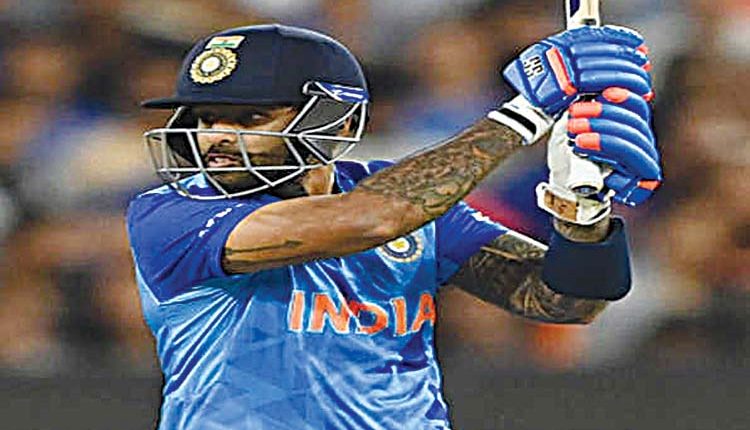 Kolkata, Nov 7 (FN Agency) Suryakumar Yadav has been one of India’s star performers this ICC Men’s T20 World Cup. His performances in recent games has led him to gain the No. 1 spot in the ICC Men’s T20I rankings. He has also scored the most number of runs overall in T20Is for year 2022. A truly 360-degree player, Suryakumar’s form is going to be crucial if India want to win the ICC Men’s T20 World Cup. One of the highlights of India’s game against Australia was Suryakumar’s unorthodox stroke where he dispatched the ball over the boundary with a scoop shot, gaining him plaudits from Sunil Gavaskar who was on commentary at the time.Speaking exclusively on Star Sports show ‘Follow the Blues’, Suryakumar spoke about how he manages to gauge the match and how he predetermined the scoop shot for a six, “You got to understand what the bowler is going to bowl at that time, which is a little pre-determined at that moment.” “I have practiced that stroke a lot when I used to play rubber-ball cricket.

So, you got to be thinking what the bowler is thinking at that time and if the field is in, I just back myself to go there. You got to know how long the boundary behind is. When I stand there, I feel it’s just 60-65 meters and with the pace of the ball I just try and time it, take it on the sweet spot of the bat and if it hits, it just goes out there,” he said. Suryakumar also spoke about how he handles pressure situations in matches and how he tries to score runs all around the ground, he said “When I go into bat, I just I just try and look for a few boundaries or even if I don’t get that, I just try and run as hard as possible between wickets. If you have to bat with Virat bhai then you have to run hard as well. But I try and do that, hit it in the gaps and run hard. But I know what strokes I need to play at that time. I try and play lot of percentage cricket. My strokes are sweeps, over cover, and cuts, if I am succeeding in that, I just take thegame ahead from there.”