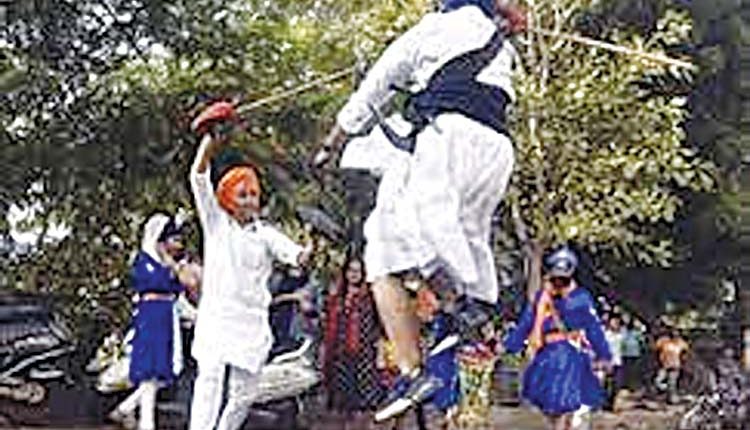 New Delhi/ Dhaka, Nov 7 (Representative) Richard Bach in Jonathan Livingston Seagull once said , “Don’t believe what your eyes are telling you. All they show is limitation.” Many students across India, from economically challenged families, are now conquering such limitation to achieve pinnacles of success. Abhishek Agrahari, a Mechanical Engineering student at TIET, Patiala, is one of them who is striving hard to carve out his success story. With 150 international research offers from over 25 countries in varied spheres of sciences and mathematics from top institutions in the US, the UK, Europe and elsewhere under his belt and his family facing acute financial hardships, he is now seeking sponsorships to visit prestigious foreign universities for research work and to realize his dream – to “win the Nobel Prize (in the sciences) and the Fields Medal for the country”. “For that to make it happen, a lot of effort has to be put in, coupled with exhaustive research study, perseverance and some financial support. Ironically, my economically challenged family is not capable enough to support me financially for my research work. Life has never been easier for us. All hell broke loose after my father lost his job last year. Family is facing acute financial hardships,” said Abhishek. “Right now I am collaborating with multiple institutes remotely on various research themes ranging from pure and applied mathematics to condensed matter physics, materials science, chemistry and chemical biology.

I have several offers scheduled from top foreign universities. I need sponsorships to meet my research related expenses,” added the 21-year-old Delhi-based multidisciplinary student. Decisions determine destiny. Initially, he said, it seemed a Himalayan task but once things become clear, everything becomes easy. It is a rarity for students to receive research offers in both sciences and mathematics, but Abhishek is one of the ones to qualify in this regard. “No one in the entire history of science and mathematics has ever got Nobel and Fields Medal both. Only 4 scientists – J. Bardeen, M. Curie, L. Pauling and F Sanger got 2 Nobel Prizes. Researchers have also been awarded with Fields Medal in the area of topology. And Nobel in Blackholes Phyiscs-2020 was awarded to Roger Penrose and the other half jointly to Reinhard Genzel and Andrea Ghez. So, there’s utmost use of Penrose diagrams in my area of research,” Agrahari added. For Abhishek, the love for research stems from the fact that he does not believe in following the mainstream and the constant urge of exploring something new every day. ‘‘Research has attracted me from the very beginning as I do not like following what has been done in the mainstream. I constantly want to explore something new.’’ He said he has to study from other sources for his research as the topics that he is focussing on are not taught at the bachelor’s level and they are mostly researched during the post-doctoral or PhD level.

“I’m also working on the formation of black holes in Imperial College, London/Oxford University (remotely) along with some other collaborations in the field of pure mathematics in University of Miami, Rutgers University (both in USA) and Australian National University.” ‘‘I have also been active in research in the broader areas of fluid mechanics, more specifically fluid-structure interaction theory, plasma physics, water waves mechanics, kinetic theory (kinetic equations and model like boltzmann equations, fluid kinetic coupled model), mathematical general relativity, black holes, formation of black holes due to sudden gravitational collapse of non linear waves and gauge theory,’’ added Agrahari. He further said, “I’ve also been working upon almost all facets of pure mathematics ranging from differential geometry, probability and statistics to low dimensional topology, algebraic geometry and analysis…how this works hand in hand with mathematical physics ranging in towards its application to mirror symmetry, string theory and quantum field theory.” “Since all my work is research oriented and being a multidisciplinary I learn various aspects ranging from pure mathematics, mechanical and aerospace engineering, materials science, physics and Penrose formalism. I’m confident that my area of research and foundation work will pave the way for Fields and Nobel few years from now,’’ he said.