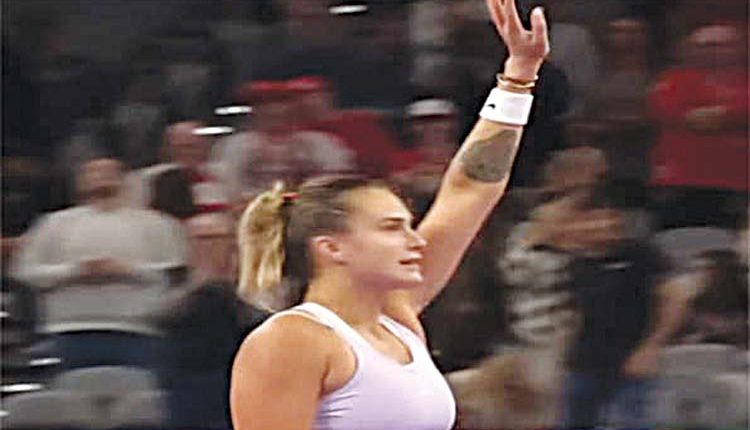 Fort Worth (Texas, USA), Nov 7 (Agency) Aryna Sabalenka staged a massive semifinal upset as she grabbed her first win over world no. 1 Iga Swiatek, in their five meetings this season, in the semifinal of the WTA Finals. The no.7 seed Sabalenka stunned Swiatek 6-2, 2-6, 6-1 in the 2-hour and 7-minute semifinal showdown on Sunday night to enter the WTA Finals summit clash. The 24-year-old will now meet No.6 seed Caroline Garcia for the WTA Finals singles trophy, which will break their currently deadlocked 2-2 head-to-head. With their semifinal wins, both Sabalenka and Garcia will finish the year inside the Top 5.

Sabalenka prevailed in her tour-leading 28th three-set match of this season to reach her third final of the year. “Overall, I was really calm on the court,” WTA quoted Sabalenka. “The mindset was just I wanted to make her work for it. I didn’t want to give her another easy win, like she got (in the) first three wins. “That’s the mindset I had during this match. I think that’s why I wasn’t really going for all those winners, all those aces, but I think because of the mindset, I made it a lot,” she added.Swiatek’s incredible year comes to a close with a 67-9 win-loss record, and eight singles titles. But her 15-match winning streak against her fellow Top 10 players ended with her loss to Sabalenka.