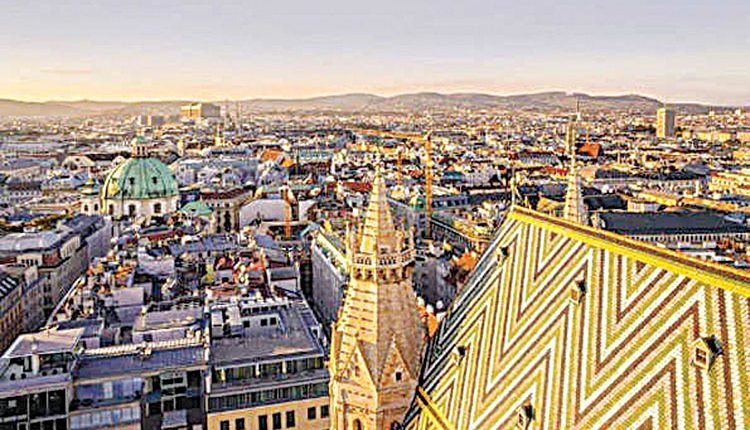 Vienna, June 23 (FN Agency) Vienna, the capital of Austria has been ranked by the Economist intelligence unit as the world’s most liveable city, media reports said on Thursday. The ‘City of Music’ regained the tittle from New Zealand’ Auckland, which tumbled down to 34th place due to coronavirus pandemic restrictions, said a report by the Guardian. “Vienna, which slipped to 12th place in our rankings in early 2021 as its museums and restaurants were closed, has since rebounded to first place, the position it held in 2018 and 2019,” the report said.

“Stability and good infrastructure are the city’s main charms for its inhabitants, supported by good healthcare and plenty of opportunities for culture and entertainment.” Kyiv, the capital of Ukraine, was not included in the list this year due to Russia’s invasion of Ukraine. Meanwhile, Russian cities Moscow and St Petersburg saw decline in the rankings due to “censorship” and impact of the western sanctions, according to the Guardian.