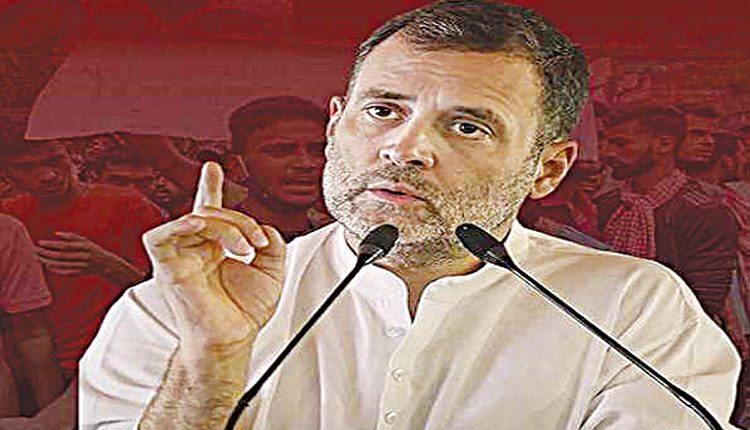 New Delhi, June 23 (Agency) Former Congress President Rahul Gandhi on Thursday slammed the government once again over the ‘Agnipath’ recruitment scheme, and said that the BJP has shattered the dreams of lakhs of youth. “There has not been a single recruitment in the army for the last two years,” Rahul Gandhi said in a tweet, adding that in 2018-19, 53,431 Jawans were recruited, and in 2019-20, 80,572 were recruited. However, recruitments were nil in 2020-21 and 2021-22.

“By bringing ‘Agniveer’ on a 4-year contract, BJP has shattered the dreams of lakhs of youth who wish to serve the nation. An influx will arise from these tears, which will break the arrogance of power of the Prime Minister,” he said. The Congress leader also shared an emotional video posted by an aspirant. Congress has been opposing the scheme, and has called upon the government to scrap it. Protests have been held by party leaders and workers against the scheme. Congress will hold a nationwide protest against the new recruitment scheme on June 27. The Union government had last week unveiled the Agnipath scheme under which the youth aged 17 and a half and 21 will be recruited in the Army, Navy and Air Force on contractual basis for four years.