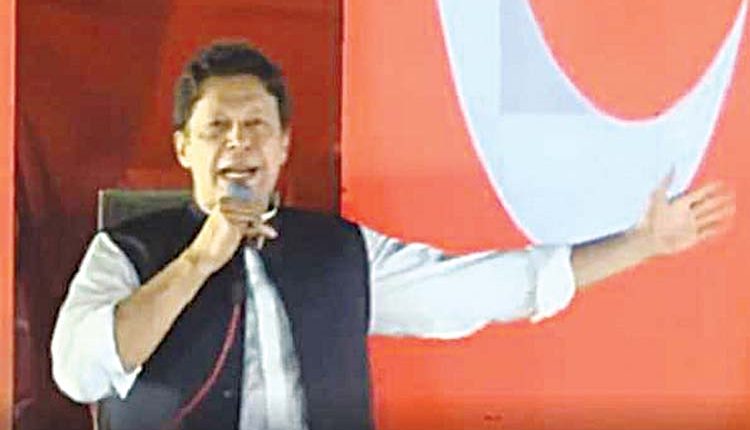 Islamabad, Nov 4 (Bureau) A gun attack on Pakistan’s former Prime Minister Imran Khan which supporters say was an attempted assassination has drawn international condemnation. Khan, 70, is recovering in hospital after being shot in the leg on Thursday at a protest march in Warzirabad in the north-east of the country, BBC reported. His camp said he was in a stable condition, and could potentially leave hospital in the coming days.One person was killed and at least 10 injured when his convoy faced gunfire. The attack on Khan has electrified the country. Khan’s party — the Pakistan Tehreek-e-Insaf (PTI) — has called for nationwide protests after Friday prayers. Schools have been closed in the capital Islamabad.Pakistan’s leaders have condemned the attack on their opponent, with President Arif Alvi calling it a “heinous assassination attempt” and Prime Minister Shehbaz Sharif ordering an immediate investigation, the BBC reported. US Secretary of State Antony Blinken has also called for calm, saying: “Violence has no place in politics, and we call on all parties to refrain from violence, harassment and intimidation. “The cricket star-turned-politician remains popular among voters but was ousted in April in a parliamentary vote. He has since been fighting to return to office. Buoyed by strong PTI victories in recent local elections, Khan had been leading a “long march” of protests calling for early elections to facilitate his comeback.

He has characterised his removal as a political conspiracy and been loudly critical for months of the current government and military leaders. Courts have convicted him in recent corruption cases but he has disputed the verdicts as politically motivated, the report said. Pakistan has a record of political violence, with former prime minister Benazir Bhutto assassinated in 2007. Many evoked her killing in the wake of the attack on Khan. The country is also reeling from an ongoing economic crisis and devastating floods. On Thursday he was standing on an open truck-bed surrounded by aides and his other party members when the shooting began.It was the seventh day of his long march, which aimed to arrive in Islamabad next week. His truck was in Wazirabad, about 100km from Lahore, the BBC reported. Survivors from the convoy told the BBC that Khan had been waving to supporters and was about to begin speaking to the crowd when the gunfire rang out.”We could clearly see the attacker from atop the container,” one party staffer Mueezuddin told the BBC. “We saw the attacker had emptied a whole magazine… [and he had] loaded another magazine when he was grabbed by a boy from behind.”

He added: “It was so sudden that it took me a while to understand what was going on. “Unverified videos on social media show an assailant in the crowd pointing his pistol at Khan’s convoy before being overpowered by Khan’s supporters, the report said.Mueezuddin said Khan and those around him ducked quickly after the first shots, and when he was hit he remained calm while he was given first aid by his bodyguards. He was then moved into a bulletproof car and rushed away to hospital in Lahore. Footage of the incident and witness accounts suggested a security guard was also seen firing from the container. Punjab Chief Minister Pervez Elahi has suggested there may have been more than one attacker, saying Khan had been “shot in the leg from the front while the alleged attacker who was caught on the spot was on the right side”, the BBC said. Immediately after the shooting, some of his allies told media that Khan believed the current political leaders — PM Sharif, the Interior Minister and a military general — were behind the attack. One spokesman, Raoof Hasan, told the BBC’s Newshour programme the government was “attempting to eliminate (Imran Khan) physically”.Police on Tuesday night released a video confession of the man who they said had attempted to kill Khan.It’s unclear the conditions under which the interview was carried out. But in response to police asking him why he had opened fire, he said: “He was misguiding the people. I wanted to kill him. I tried to kill him.”The video has been dismissed by Khan’s allies as a “cover-up”. One suspect remains in custody but no charges have been laid, the report said.

If BNP does excess, Khaleda Zia will be sent to jail again: Hasina