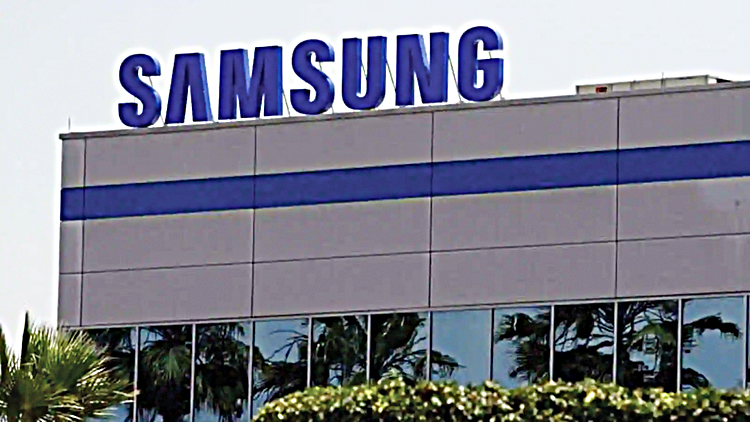 Seoul, May 24 (FN Agency) South Korean tech giant Samsung Electronics Co. has unveiled a new investment plan for the next five years, pledging to allocate 450 trillion won ($356 billion) for research and development, as well as semiconductor production and biopharmaceuticals, South Korean media reported on Tuesday, citing Samsung’s press release. Samsung’s new investment will exceed the funds allocated in the ► Cont. to Page-2previous five years by 120 trillion won, with the key areas of investments to include semiconductors, biopharmaceuticals, artificial intelligence and next-generation communication technologies, the Yonhap news agency said, adding that these are the spheres Samsung deems drivers of its future growth.

The lion share of the new investment, totaling 360 trillion won, will be allocated for research and development, with a particular emphasis on nurturing talents inside South Korea. At the same time, Samsung Electronics and Samsung Biologics will pursue distinct investment paths with respect to their business areas, the outlet noted. Meanwhile, Samsung has pledged to continue investments in the semiconductor industry, which has been facing a chronic chip shortfall over the past few years. The allocation will enable Samsung to purchase advanced chipmaking hardware and create 80,000 new jobs in the chipmaking and bioindustry sectors by 2026, Yonhap added. Samsung also anticipates that the investment will foster the development of a fabless ecosystem in South Korea, which in turn will spur the growth of electric cars, smart factories, robotics and smart home appliances, according to the report. Samsung made the investment announcement just days after it garnered major media attention, both domestically and abroad, serving as the first stop on US President Joe Biden’s trip to Asia. Biden and South Korean President Yoon Suk-yeol visited a Samsung chip factory on Friday, signaling the allied commitment to cooperate in key industries, including semiconductors.