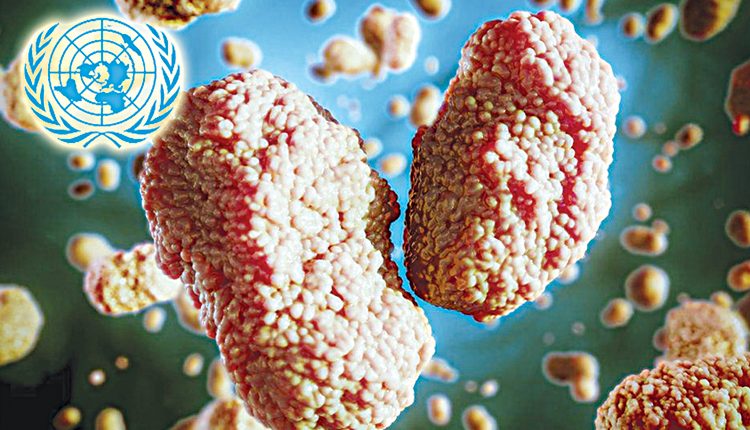 United Nations, May 24 (FN Agency) The monkeypox outbreak can still be contained and the global overall risk of transmission is still low, the World Health Organization said on Tuesday. “What we know from this virus and these modes of transmission, this outbreak can still be contained; it is the objective of the World Health Organization (WHO) and Member States to contain this outbreak and to stop it. The risk to the general public therefore appears to be low, because we know that the main modes of transmission have been as described in the past,” Rosamund Lewis, head of the smallpox team of the WHO Emergencies Program, said.

As of May 23, 16 non-endemic countries reported 131 cases of monkeypox, while Sudan and Argentina are investigating suspected infections, according to a WHO presentation at the World Health Convention, taking place in Geneva from May 22-28. The highest number of 40 cases have been recorded in Spain, 37 in Portugal and 20 in the United Kingdom. Another 106 cases are under investigation, with 51 of them in Spain, according to the WHO presentation. Monkeypox is a rare viral disease that is usually transmitted to people from wild animals and is endemic in some African countries. Monkeypox can be transmitted through body fluids, respiratory droplets and other contaminated materials. The disease usually results in fever, rash and swollen lymph nodes.