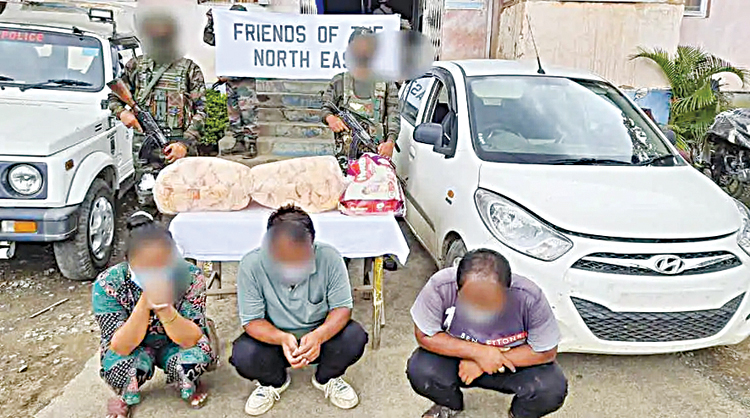 Imphal, May 24 (Agency) Troops and Manipur Police foiled narcotics smuggling in Tengnoupal district on Monday and seized banned narcotics worth about Rs 10 cr, a police official on Tuesday said. Assam Rifles official said based on a specific input, a joint team of Assam Rifles and Manipur Police launched an operation and intercepted a vehicle at Tengnoupal Police Check Post. On thorough checking of the vehicle, 2 lakh WIY tablets sealed in 20 packages were recovered. The seized narcotics were handed over to Tengnoupal Police Station for further investigation.