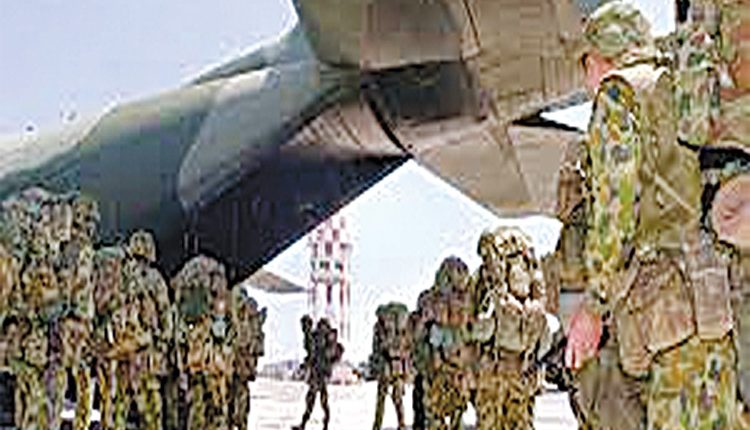 Tokyo, Oct 22 (Agency) Japan will send troops for a joint training in northern Australia as part of a bilateral agreement on enhancing defense activities in each other’s territories, the prime ministers of both countries said in a joint statement after a meeting on Saturday. Australian Prime Minister Anthony Albanese and Japanese Prime Minister Fumio Kishida met in the Australian city of Perth and reaffirmed the Special Strategic Partnership status of bilateral relations, according to the joint statement released by the Australian government. “They decided to continue to identify ways to enhance interoperability, including through expanding existing military exercises and training.

They instructed ministers to build on the Reciprocal Access Agreement as early as possible once it enters into force, including enhancing defence activities in each other’s territories. They welcomed the announcement that Japan Self-Defense Forces will train and exercise in northern Australia to increase interoperability with the Australian Defence Force,” the statement read. Australia and Japan remain committed to deepening bilateral defense collaboration in space, cyberspace, information sharing and regional capacity-building toward a “free and open Indo-Pacific region that is inclusive and resilient,” the two leaders said. Albanese supported Kishida’s determination to reinforce Japan’s defense capabilities within the next five years by increasing its defense budget.

They signed a update to the 2007 Joint Declaration on Security Cooperation, which will determine the development of bilateral defense and security relations for the next 10 years. Kishida’s visit to Australia will last until Sunday. Albanese has already visited Japan twice: the first time – immediately after his election in May this year to participate in the Quad summit, and the second time when he went to the funeral of former Japanese Prime Minister Shinzo Abe on September 27. Kishida had his Australian visit planned for January of this year but had to reschedule due to the COVID-19 situation in Australia.