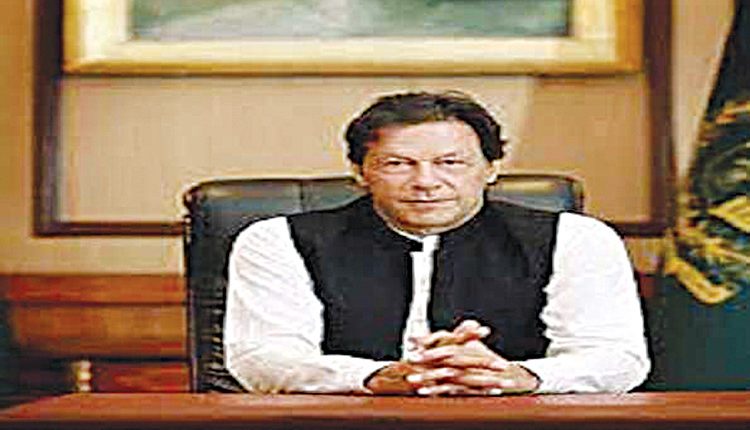 Islamabad, Oct 22 (Representative) In a major legal victory for the ruling coalition on Friday, the Election Commission of Pakistan (ECP), in a consensus verdict in Toshakana reference, disqualified former prime minister Imran Khan and ruled that the PTI chairman is no more a member of National Assembly.Criminal proceedings will be initiated against the PTI chairman for misdeclaration, the verdict said. The ECP stated that Imran Khan submitted a false affidavit and was found involved in corrupt practices under Article 63(1)(p).Under the said article, a lawmaker is disqualified for the time being from being elected or chosen as a member of the Majlis-e-Shoora (parliament) or of a provincial assembly. The decision was taken unanimously by the ECP’s five-member bench but the Punjab member Babar Hassan Bharwana was not present today as he was unwell.”As sequel to our abovementioned findings, facts available on record and keeping in view the argument of learned counsel for parties herein, we are of the considered opinion that the Respondent has become disqualified under Article 63(1)(p) of the Constitution read with Section 137,167 and 173 of the Elections Act,2017, consequently he ceases to be a member of the National Assembly of Pakistan and his seat has become vacant accordingly,” the ECP order stated.

“As the respondent has made false statements and incorrect declarations, therefore he has also committed the offence of corrupt practices defined under Section 167 and 173 of the Elections Act,2017, punishable under Section 174 of the Elections Act, 2017. Office is directed to initiate legal proceedings and to take follow-up action under Section 190(2) of the Elections Act, 2017. “The verdict was announced amid tight security in the Red Zone where at least 1,100 police officials were deployed under the command of a senior superintendent of police to control the law and order situation in the area. The officer was assisted by five superintendents and six deputy superintendents of police.The ECP had reserved its verdict in the Toshakhana case on September 19 after arguments were completed from both sides. A five-member bench of the ECP, headed by Chief Election Commissioner Sikandar Sultan Raja, heard the case.Fawad Chaudry said the Election Commission’s attitude had been the worst. “We never pinned any hopes on it.”“This is a shameful decision.

They have disgraced the 220-million-strong-nation.”Meanwhile, PPP Chairman Bilawal Bhutto said that the Election Commission of Pakistan has found Imran Khan guilty of corrupt practices and now stands disqualified.“He who would spread lies about the alleged corruption of his political opponents has been caught red-handed,” Bilawal said. Moreover, PML-N Vice President Maryam Nawaz demanded Imran Khan be arrested after he was found guilty of corrupt practices. “Pakistan’s first certified liar and certified thief disqualified with irrefutable evidence of theft,” the PML-N leader said.She alleged that the husband and wife together looted the national kitty.In August 2022, National Assembly Speaker Raja Pervaiz Ashraf sent a reference to the ECP under Articles 62A, 63A, and 223, seeking former prime minister Imran Khan’s disqualification in the light of the Toshakhana scam, according to Geo news reports. The disqualification reference was filed by Ali Gohar Khan, PML-N’s Mohsin Nawaz Ranjha, and five others.The assessed value of the gifts has been put at Rs 142,042,100. The gifts were received between August 2018 and December 2021.According to PML-N MNA Ranjha, Khan concealed information about the gift of watches by Saudi Arabia’s Crown Prince Mohammad bin Salman in his statement of assets submitted in 2018-2019.This withholding of information is tantamount to lying which, according to Ranjha, is a crime under Section 137.