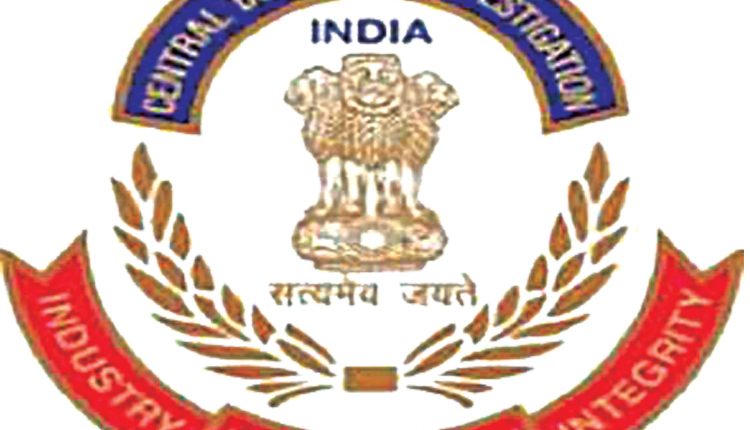 New Delhi, Nov 30 (Agency) A Special Court of the Central Bureau of Investigation (CBI) on Tuesday sentenced a candidate to five years Rigorous Imprisonment for taking admission in MBBS course through fraudulent means. The CBI Court in Madhya Pradesh’s Gwalior sentenced Arvind Agnihotri to five years RI in the Vyapam case. CBI had registered the case on August 1, 2015, in compliance with the orders of the Supreme Court and took over the investigation, earlier registered at Jhansi Road Police Station in Gwalior against the accused on a complaint. The accused had allegedly taken admission in Medical College at Gwalior using fraudulent means through Pre Medical Test (PMT 2009). During the investigation, Agnihotri was arrested and examined.

He allegedly did not appear in the entrance examination of PMT 2009, at Delhi Centre. The impersonator allegedly appeared in the Examination Centre and took the examination in both shifts in place of original candidate Agnihotri. On declaration of results, he was shown to have cleared the MPPMT 2009 examination. Agnihotri participated in the counseling of PMT 2009 and was allotted Medical College at Gwalior for MBBS course. He took admission in MBBS Course in PMT 2009 batch, said CBI. The agency further said that during the probe, the specimen handwriting and signature of Agnihotri was obtained. The OMR Answer sheets, cover pages of Question Booklets of both the shifts, OMR application form and address slip were recovered from Vyapam in Bhopal and sent to CFSL for comparison and expert opinion. The expert opinion established the facts that neither OMR application form nor the OMR Answer sheets and cover pages of Question Booklets were written and signed by Agnihotri. Thus, it was established that Agnihotri did not appear in the PMT 2009 examination held on July 5, 2009. CBI filed a charge sheet against the accused on July 3, 2017. The Trial Court found the accused guilty and convicted him.

Franchises retain players ahead of IPL mega auction; find out who is staying with whom