Franchises retain players ahead of IPL mega auction; find out who is staying with whom 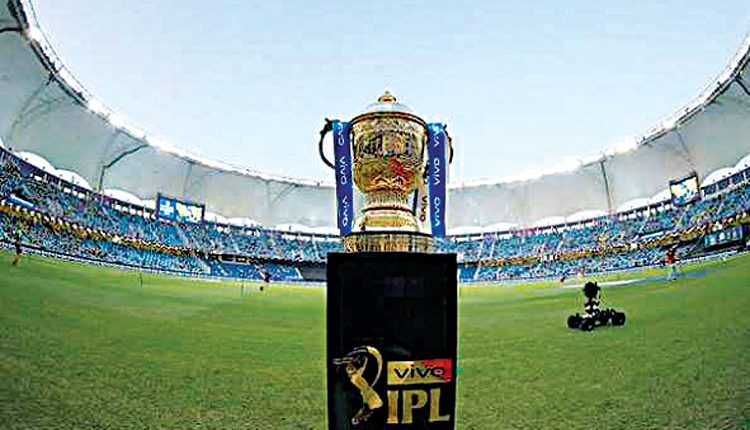 New Delhi, Nov 30 (FN Bureau) With a cap of Rs 90 crore available at the Indian Premier League (IPL) mega auction for each team, the eight franchises on Tuesday used the player retention option for the next edition of the cash-rich tournament. The teams were eligible to retain up to four players with a maximum of three Indians, two overseas players and two uncapped Indians. Chennai Super Kings (CSK), Delhi Capitals (DC), Kolkata Knight Riders (KKR) and Mumbai Indians (MI) opted to retain four players each. Rajasthan Royals (RR), Royal Challengers Bangalore (RCB) and Sunrisers Hyderabad (SRH) have retained three players each, while Punjab Kings (PBKS) have retained only two. While PBKS have the highest salary purse available with Rs 72 crore, Delhi Capitals have the least at Rs 47.50 for the IPL auction. Of the 27 retained players, eight are overseas and four are uncapped Indians.

RCB retained their former captain Virat Kohli for a salary of Rs 15 crore, Glenn Maxwell for Rs 11 crore and Mohammed Siraj for Rs 7 crore. It is worth noting that Kohli accepted a pay cut as he got Rs 17 crore in the last edition of the IPL. “The journey continues. When I was contacted, I had no doubts. Three more years with this franchise means so much to me. I believe the best is yet to come and I have a good feeling with what’s to come from the next season onwards. We hope we make all of you proud, our fan base is amazing and we love all of you. I’ll be there with my heart and soul, as always,” Kohli said following the announcement of players retained by RCB. The key players released by RCB include Devdutt Padikkal, Harshal Patel, Yuzvendra Chahal, and Washington Sunder. RCB now have a purse of Rs 57 crore remaining for the IPL auction. Rohit Sharma (Rs 16 crore), Jasprit Bumrah (Rs 12 crore), Kieron Pollard (Rs 8 crore) and Suryakumar Yadav (Rs 6 crore) were retained by Mumbai Indians. The likes of Hardik Pandya, Ishan Kishan, Tent Boult and Quinton de Kock were released by the Mumbai-based franchise. MI have a purse of Rs 48 crore available for the auction. MI captain Rohit said, “It was going to be the toughest retention for Mumbai this year.

We’ve had absolutely gun players and to release them is heartbreaking. They’ve done some amazing work and created memories for this franchise. But we’ve got four players including myself who can hopefully form a good core.” Punjab Kings retained Mayank Agarwal for Rs 14 crore and Arshdeep Singh for Rs 4 crore. Surprisingly, Punjab released Shahrukh Khan, Chris Gayle, and their skipper KL Rahul. Anil Kumble, who is the head coach and the Director of Cricket Operations of Punjab Kings, made it clear that, “We wanted to retain Rahul, but he decided to go into the auction. We respect that, we honour that decision. It’s the player’s prerogative.”

Sunrisers Hyderabad retained their captain Kane Williamson for Rs 14 crore, Abdul Samad (Rs 4 crore) and Umran Malik (Rs 4 crore). SRH CEO Kaviya Maran highlighted that they wanted to retain Afghanistan’s Rashid Khan and will try to add him in the auction ahead. SRH have Rs 68 crore available for the IPL auction. T. Natarajan, Bhuvneshwar Kumar and Manish Pandey are the notable players released by Sunrisers. “Rashid Khan wanted to be in the auction and we will try and pick him up there,” Maran said. CSK retained all-rounder Ravindra Jadeja for Rs 16 crore, captain and wicket-keeper Mahendra Singh Dhoni (Rs 12 crore), England’s Moeen Ali (Rs 8 crore), and uncapped Ruturaj Gaikwad (Rs 6 crore). The key players released by CSK include Suresh Raina, Faf du Plessis and Deepak Chahar. CSK have a purse of Rs 48 crore available for the auction. Lakshmipathy Balaji, who is the bowling coach of CSK, said, “All three of Ravindra Jadeja, MS Dhoni, and Moeen Ali are difficult to replace and that’s why they’ve been retained. It was very difficult to leave out guys like Faf, Rayudu, and Bravo.” Rishabh Pant (Rs 16 crore), Axar Patel (Rs 9 crore), Prithvi Shaw (Rs 7.5 crore), Anrich Nortje (Rs 6.5 crore) have been retained by Delhi Capitals. The likes of Shikhar Dhawan, Shreyas Iyer, Ravichandran Ashwin, Kagiso Rabada, Marcus Stoinis, and Avesh Khan are the key players who have been released. Delhi Capitals owner Parth Jindal said, “It’s not fair that you build a team, you groom them, and they play for their countries and you lose them in the end. IPL needs to have a look at it, but it is what it is. I wish our outgoing players the best. With the money we have, we’re going to try and bring as many of them back as possible.”