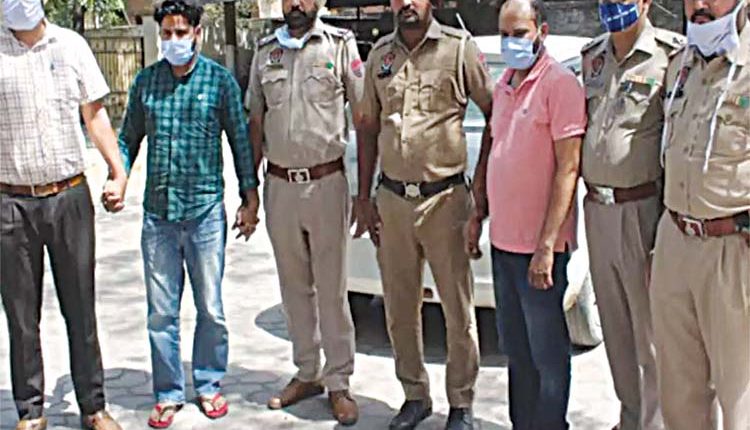 Ludhiana, Jul 28 (Agency) STF Ludhiana Range arrested three drug peddlers in two separate cases on Tuesday evening on the basis of secret information and recovered 2.2kg of heroin from them. STF in-charge Harbans Singh said that during the naka, a father and his son from BRS Nagar near Lodhi Club were apprehended, when their vehicle was searched, 1.7kg of heroin was recovered from their possession.

In another case, a motorcyclist was stopped and searched. During the search, 500 grams of heroin was recovered from his possession. The accused has been identified as Mohit of Vijay Nagar Tibba Road. Police said the arrested accused had been involved in drug trafficking for a long time. Further inquiries are ongoing.