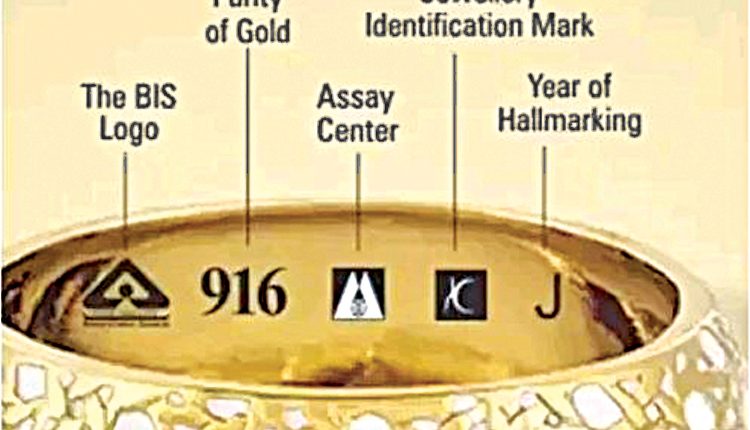 Tirupati, Aug 23 (Agency) Andhra Pradesh Jewelry Association Vice President KV Satyanarayana said Monday that the new regulation of compulsory Hallmark UID policy for all jewelry items was detrimental to the entire industry in the country. Participating in the one day national bandh call given by the industry on Monday, the association Vice President said if the draconian law was implemented ,75 per cent of the 5000 year old Jewelry industry in the country will collapse. He said there were several IDs for gold jewelry in the country,Hallmark ID, Hallmark Unique ID and BAS mark Now the government issued a new GO insisting that the Hallmark Unique ID No should be compulsorily printed on all jewelry goods, even an one gram item,sold by them.

He said the new policy would delay production of gold jewelry like one ring making now took one week but after the new policy it might take 20-25 days and thereby bring a downswing in sales. He said as a result due to lack of customers and stocks in shops the lakhs workers will become jobless as the industry is already burdened with too much red tapism in the country. He said the gold merchants were already mentioning several indicators on the bill with buyers name,address and phone numbers besides paying GST, Income Tax . But now the government insists we print another No on the items . The association Vice president said the new policy of the government will drive away the gold buyers and bring downfall in gold trade and also cause huge losses to the government. The government has notified that any mistake in the number printed on items would attract Rs. 10 lakhs fine and three months jail besides cancellation of license . He said of the 718 districts in the country,there was one percent Hallmark Implementation in just 256 districts.