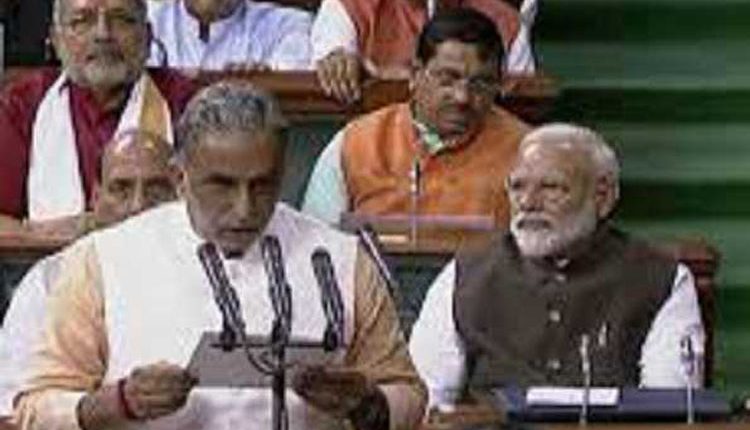 New Delhi, Dec 7 (Bureau) To bring the cost of electric vehicles at par with petrol vehicles and support EVs by way of demand incentives under the ‘faster adoption and manufacturing of hybrid and electric vehicles in India’ (FAME India) scheme, the Government has increased the demand incentive for electric two wheelers to Rs 15,000/KWh from Rs 10,000/KWh with an increase in cap from 20% to 40% of the cost of vehicle. Elaborating on the measures taken to boost the EV sector, Minister of State for Heavy Industries Krishan Pal Gurjar informed Lok Sabha on Tuesday that 49 original equipment manufacturers (OEMs) of e-2wheelers, e-3wheelers and e-4wheelers have been registered under phase-II of FAME-India scheme as on 26 November, 2021.

The Production Linked Incentive (PLI) scheme for manufacturing of advanced chemistry cell (ACC) is aimed at bringing down prices of battery in the country. Drop in battery price will result in cost reduction of electric vehicles. Besides, GST on electric vehicles has been reduced from 12% to 5%; GST on chargers/ charging stations for electric vehicles has been reduced from 18% to 5%. The Ministry of Road Transport & Highways (MoRTH) will give green license plates to battery-operated vehicles and exempt them from permit requirements. The Ministry has also issued a notification advising states to waive road tax on EVs, which in turn will help reduce the initial cost.