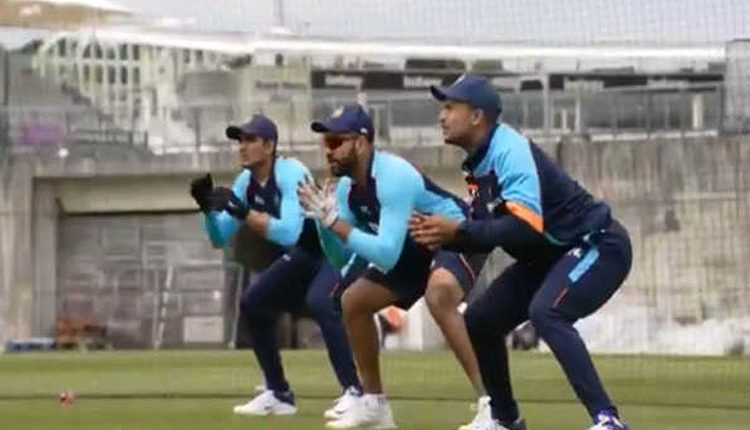 Southampton, Jun 10 (Agency) Indian cricket team on Thursday underwent their first group practice session at a ground adjacent to Ageas Bowl here, ahead of the World Test Championship final against New Zealand, scheduled to be held from June 18 to 22. The BCCI took to Twitter to share the clip of the intense practice session.

“We have had our first group training session and the intensity was high Fire. #TeamIndia’s preparations are in full swing for the #WTC21 Final,” the BCCI tweeted along with a short video of the training session. In the video, the likes of skipper Virat Kohli, Rohit Sharma, Cheteshwar Pujara, Rishabh Pant have seen batting and facing throw-downs as well. The bowlers – Ishant Sharma, Mohammed Shami, Jasprit Bumrah, Mohammed Siraj, and Ravichandran Ashwin also took part in the practice session. Notably, it was the first time the players mixed with their teammates on the ground after spending the mandatory time in quarantine.