Will request PM to allow Sourav to run for ICC chairman’s post: Mamata 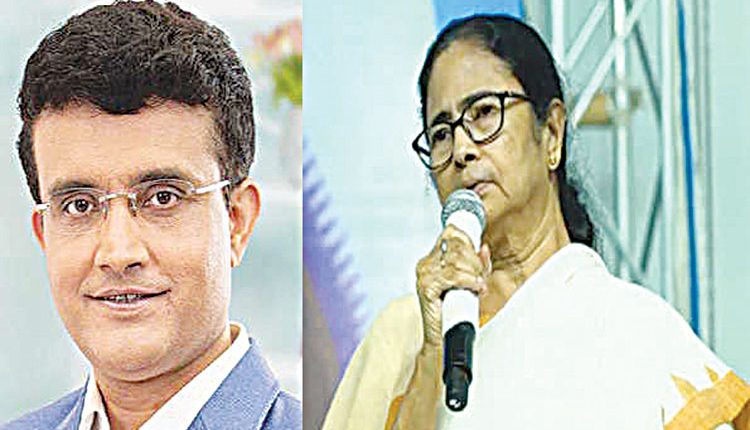 Kolkata, Oct 17 (Representative) Describing Sourav Ganguly as “pride of the nation”, West Bengal Chief Minister Mamata Banerjee on Monday said she will request Prime Minister Narendra Modi to allow the outgoing BCCI president to run for the International Cricket Council (ICC) chairman’s post.”Sourav Ganguly is not only the pride of Bengal but also of the entire nation. He has led the cricket team and BCCI with the utmost dedication and responsibility, ” Banerjee told mediapersons at the NSCBI Airport before leaving for North Bengal. “The Supreme Court had given a three-year extension to both Sourav Ganguly and AmitShah’s son, Jay Shah, but for reasons not yet known, Jay Shah is still continuing as the BCCI Secretary while Sourav Ganguly has been removed from the position,” she said. The former Indian captain is set to be replaced by1983 World Cup winning team member Roger Binny for the top slot of the Board of Control for Cricket in India (BCCI) at its Annual General Meeting on Tuesday. Banerjee said she did not have any problem with Jay Shah continuing as BCCI secretary, but regretted that injustice has been done to Ganguly.

“We don’t have any problem with Jay Shah continuing at the BCCI. He is not a BJP member. If he does good work, I will support him, but if he doesn’t, we will question him,” Banerjee stated. “Our grievance is why Sourav Ganguly was removed from BCCI. We want to know on whose orders it was done. We believe that injustice has been done to Ganguly, ” she said. Banerjee said Ganguly should be compensated by allowing him to run for the ICC chairman election.”The only compensation to the move should be that Sourav Ganguly be allowed to contest the International Cricket Council Chairman’s elections. There’s precedence for that, both Jagmohan Dalmiya and Sharad Pawar went on to lead ICC after the completion of their tenure at the BCCI, ” the Chief Minister added. While Dalmiya became the ICC president after serving as BCCI secretary, Paward went on to head the ICC after heading the Indian cricket board as president.Banerjee described Ganguly, who has a huge fan following in Bengal, as a “national treasure”.

“This is my humble request to Prime Minister Narendra Modi to allow Sourav [Ganguly] to run for the ICC post. He is a national treasure, and his removal from BCCI President’s post is unjustifiable, ” she further said. “Please consider this matter in light of the future of sports in our country. Sourav is Bengal’s Dada, he is Bengal’s brother and is not affiliated with any political party. My request to Centre is that this matter should not be treated politically or vindictively,” Banerjee asserted.She expressed “shock and shame” at the way Ganguly was “ousted” from the BCCI “unceremoniously” and urged the centre not to be “vindictive”.”Sourav Ganguly is an extremely popular figure not just in India, but across the whole world. Every country that has played cricket knows about him, and it is a matter of shock and shame that he was ousted from BCCI unceremoniously. “I, once again, request the government to not act vindictively and take the decision on the basis of betterment of cricket and sports,” she averred.