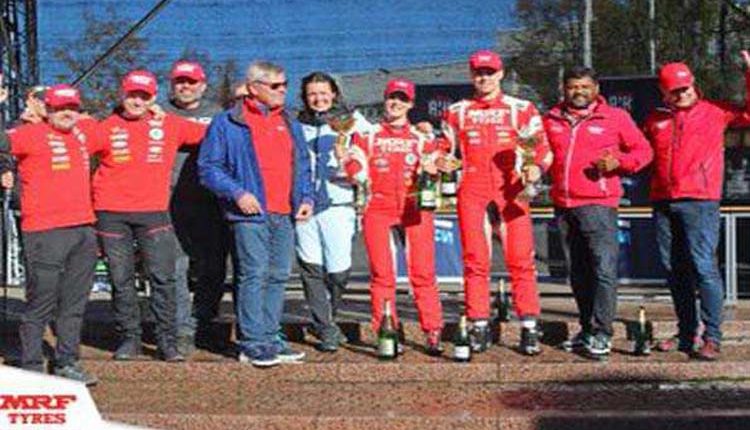 Chennai, Sep 27 (FN Agency) Team MRF Tyres has won the Finnish Rally Championship (Ralli SM) and the SM KokUA 60-v Juhlaralli last evening. Emil Lindholm and Reeta Hämäläinen dominated the final round of the season in Finland and took victory in a hard-fought championship, reports received here today said. Going into the final round, it was a winner-take-all scenario with just seven points separating the top three drivers.

Team MRF Tyres was on the pace from the first of the ten-stage competition with Lindholm winning the Skriko stage. It was a lead that he would build on through the first day to end the Saturday action in first place but with a lead of just 2.9 seconds. The pressure was intense for the four Sunday stages, that featured 74km of action. The long stages meant that drivers would have to push and keep their concentration over a long period of time. Lindholm was supreme, never relinquishing his lead in his quest to win the Championship. The Team MRF Tyres Skoda Fabia Rally2 Evo was exceptional with the entire team operating without mistakes. The 2021 Finnish Rally Championship was the first full season for Team MRF Tyres in Finland, one of the most competitive Championships in the world.