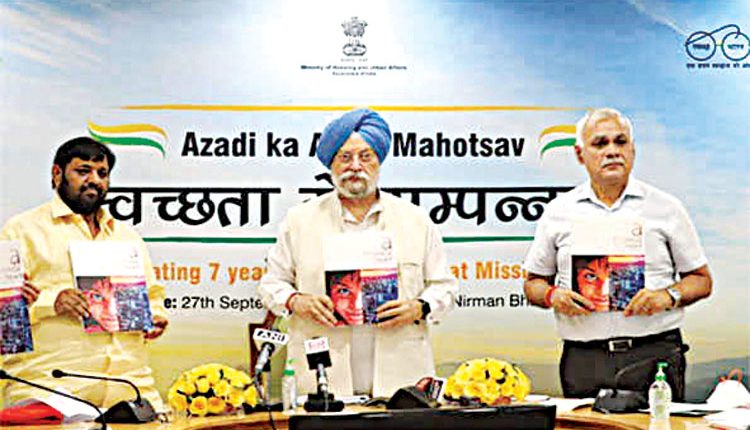 New Delhi, Sep 27 (Agency) Union Minister for Housing and Urban Affairs Hardeep Singh Puri on Monday said that Swachh Bharat Mission is an important and transformative programme of the country which has achieved success due to involvement of all stakeholders at the grassroot level. Puri, who launched the seventh consecutive edition of Swachh Survekshan (SS), the world’s largest urban cleanliness survey conducted by Swachh Bharat Mission-Urban (SBM-U) here, said Prime Minister Narendra Modi is the catalyst for converting the vision of the Mahatma Gandhi into reality by leading from front and converting it into a peoples’ movement.

‘The road to this success was not easy but today we have not only achieved ODF but also succeeded in Solid Waste Management,’ Puri said. Crores of Indian citizens are associated with movement and it is gaining from strength to strength, he said. The Minister said that Swachh Bharat Mission 2.0 and AMRUT 2.0 will be launched by the Prime Minister on October 1. He expressed confidence that after SBM 2.0 our cities will rank among the best in the world. Designed with ‘People First’ as its driving philosophy, Swachh Survekshan 2022 is curated towards capturing the initiatives of cities for the overall welfare and well-being of frontline sanitation workers.