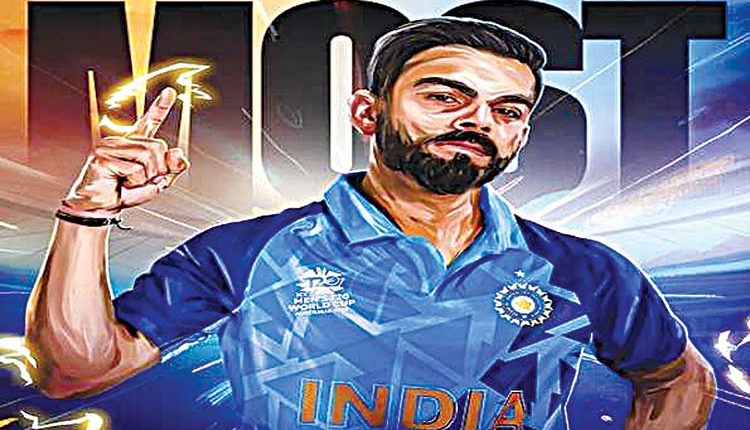 Kolkata, Nov 4 (Agency) The return to form of Virat Kohli has been a sight for every Indian cricket fan. As ‘King Kohli’ turns a year older on November 5, Star Sports, India’s Home of Sports, has lined up a series of exclusive content that will satiate the hearts and minds of every Team India fan. From Cricket Countdown T20 WC, [email protected], Virat Heart To Heart, Mission Melbourne and The Kings Hour / Sabse Virat Paari, fans can get a chance to look back at what has been a stellar career by Virat Kohli only on Star Sports Network.On the occasion of his 34th birthday, Star Sports looks back at what truly makes Virat Kohli special, from his impeccable leadership qualities, his charisma on and off the pitch and his performances on the field with the bat.

His performances over the years have not only won the hearts of a billion Indians but have gained him plaudits from all across the world.Kohli, through his performances with the bat, has gained a global audience who are die-hard fans. His rapport with both young and senior teammates has led him to be one of the most approachable individuals in the Indian team and his motto of leading by example has been a motivation to all.Recent performances have brought back to life what a dangerous batsman he is and even in the latter stages of his career, Virat still reminds us of why he has been crowned ‘King Kohli’.Be it his performances against Afghanistan, where he ended his century drought or almost single-handedly leading India to victory against Pakistan in the campaign opener of the ICC Men’s T20 World Cup, Kohli has shown us that he has still a lot more in the tank and there is still plenty more to come.