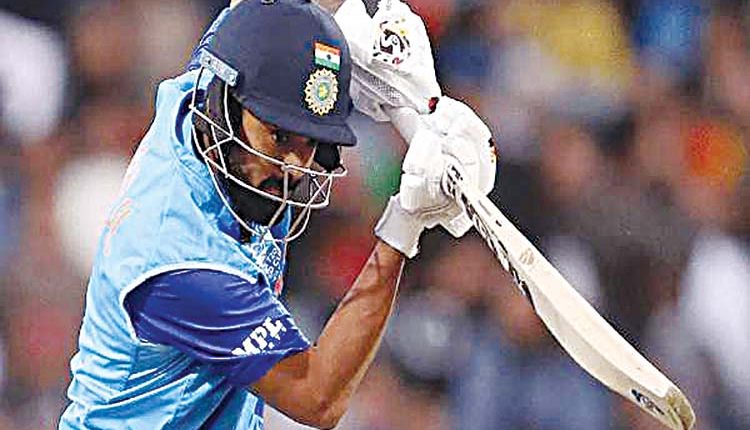 Kolkata, Nov 4 (Representative) The match between India and Bangladesh in the ICC Men’s T20 World Cup saw the resurgence of KL Rahul, who has been struggling with a string of single-digital scores in the marquee tournament. However, the talented willow wielder changed the tide with an exquisite 30-ball 51 to bounce back to form. Rahul’s knock was decorated with high quality shots that showcased his characteristics of poise and composure. With a lot of talk on whether Rahul would ever hit form in the World Cup, it was a sign of good things to come with his half-century coming in just the nick of time for the Men in Blue. Speaking exclusively on Star Sports show ‘Cricket Live’, former Indian batsman Gautam Gambhir brushed off any speculation that Rahul was not in form and how he needs to be backed along with his team-mates in the top order, he said “When he got a fifty against Australia in Brisbane, everyone was going crazy.

He is probably going to light up this World Cup. A bad innings does not make you a bad player, neither does it make you a great player. So, you probably need to be more balanced. You got to give them time and then that one shot over point probably changed everything. He is back in form, and he was always in form.””Yes, there are times when you want to contribute, you know that this is a World Cup and the entire world is looking at you. And if you haven’t had the best of starts, it doesn’t mean you’re a bad player. If India have to win the World Cup, KL Rahul, Rohit Sharma, Rishabh Pant, these three have to deliver along with Hardik Pandya, who is an X-factor. So, yes, he’s back in form and hopefully he can continue this form and be as aggressive as he can be, because no one can stop him, the way he wants to play, only he can stop him,” Gambhir said.

Former Team India batting coach Sanjay Bangar also spoke on KL Rahul and how the feedback he received has led him to have a positive impact on his game, “See, Rahul has been along for a long time now. He made his debut in Australia 2014/15. I was part of that tour that time. He has a special ability. He scored a 100 in his second match. So, we all knew he’s a special player, who is going to serve India for a long time.” “His technique is tremendous, and times like this when you’ve had poor scores, you certainly require the support of your team-mates, not only lip service, but honest discussions as well. And that’s where that honest feedback from somebody, who has seen you from a very young age and seen the progress you’ve made during the course of your career has been tremendous and that’s where Rahul was special. His innings actually for the first five-six balls, the way he left those deliveries, which meant he wasn’t inching, he wasn’t rushing through, and that there was a calmness around him. That helped him get that innings of substance,” he added.