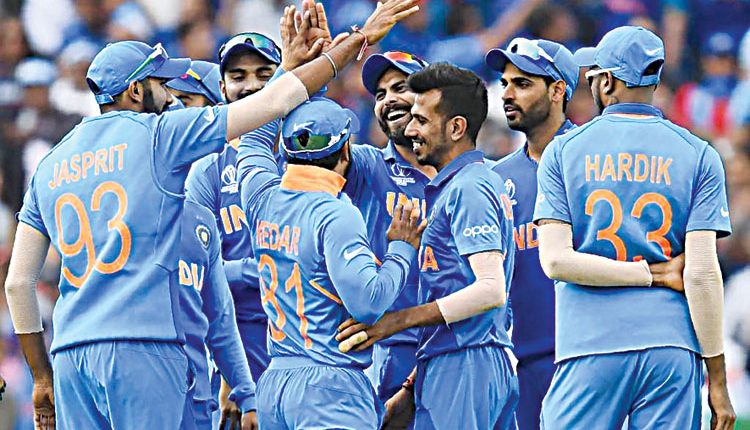 Indore, Jan 24 (Agency) Openers Shubman Gill and Rohit Sharma’s tons helped India thump New Zealand by 90 runs in the third and final ODI here on Tuesday. With this win, India clinched the ODI series 3-0 as India rose to No.1 spot in ODI team rankings. Credit also to pacer Shardul Thakur and Kuldeep Yadav, bagged three wickets each on a pitch very good for batting. Yuzvendra Chala chipped in with two wickets to join the party. Sent into bat, India put on a massive 385/9 and restricted New Zealand to 295. The visitors however had something to cheer about with Devon Conway, who cracked 100-ball 138 studded with 12 boundaries and 8 sixes, fought a lone battle, alongside Henry Nicholls and Mitchell Santner, who scored 42 and 34, respectively.

Earlier, India could post 300-plus total, despite a middle-order collapse. Rohit (101) and Gill (112) crafted a formidable 212 runs partnership for the first wicket to lay the foundation for others to capitalise on. A total of 420 runs was for the taking, but New Zealand staged a strong comeback. The visitors scalped six wickets for 101 runs, using the old ball intelligently, which resulted in pressure totally shifting back on India. But a resolute Hardik Pandya (54 off 38 3x4s 3x6s) captained the ship out of the troubled waters. Shardul Thakur (25) gave Pandya the support and both put a quickfire 54 runs stand for 7th wicket, lifting the spirits of Indian players. Earlier, Rohit and Gill started the innings on a sedate note before they went hammer and tongs after assessing the pitch. Gill, a double centurion in ODI format, hammered Lockie Ferguson for four boundaries and a six, plundering 22 runs in 8th over, and Rohit also did not lag behind as he dealt mighty blows over the ropes.

The duo’s double-century opening partnership is the highest by any team against the Blackcaps in ODIs, breaking the 201 runs stand etched by Virender Sehwag and Gautam Gambhir in 2009. Gill registered his third century in the last four ODI innings, and Rohit smashed his first since January 2019. Michael Bracewell (1/15) and Blair Tickner (3/76) scalped Rohit and Gill’s wickets, respectively in the next over, which opened the floodgates for New Zealand bowlers to pull off an heist. They engineered a middle-order collapse, despite Virat Kohli’s brisk 36. Mumbai’s Ishan Kishan (17) was run out after a mix-up with Kohli, who soon fell to Jacob Duffy, before Pandya changed gears and helped India get 60 runs in final five overs. Lockie and Santner were really good with the ball. Tickner was impressive too, while Duffy was taken to the cleaners despite taking three wickets. New Zealand should fancy their chances as well, considering their strong batting lineup which runs deep and if they do not loose too many wickets and the dew sets in, spectators could have a thrilling encounter unfolding before their eyes. New Zealand had a great recovery after losing opener Finn Allen in the very second ball of the chase off Pandya.

But, Conway stitched 106 runs for second wicket with Nicholls and another 78 runs with Daryl Mitchell (24) for the third wicket. Once Mitchell returned to the dugout, New Zealand lost wickets in heap in the middle session similar to India’s middle order collapse. To India’s fortunes, the pitch was dry throughout which helped bowlers to grip the ball and Kiwi batsmen were finding it tough to hit through the line. Conway was treat to watch, playing some delectable strokes in his scintillating ton. Shardul was equally good with the ball. He put India on top by taking two wickets in as many balls, and then getting one more soon after. Kuldeep and Chahal polished off the lower-order to give India a win. Brief scores: India 385/9 in 50 overs (Shubman Gill 112, Rohit Sharma 101; Blair Tickner 3 for 76) beat New Zealand 295 (Devon Conway 138; Shardul Thakur 3-45) by 90 runs