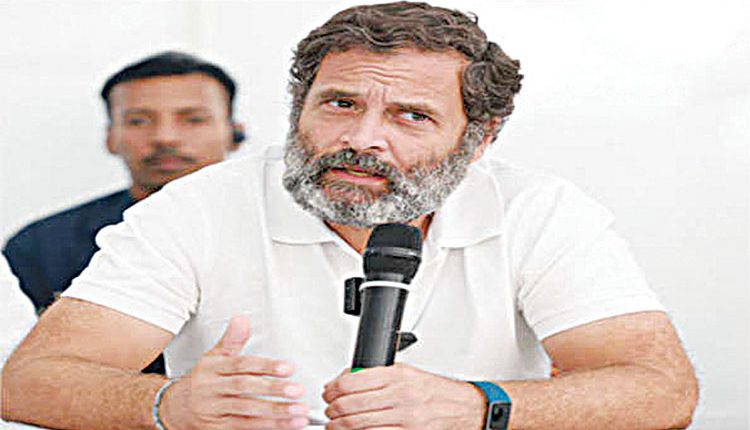 New Delhi, Oct 29 (FN Representative) Congress leader Rahul Gandhi on Saturday said that the next Congress Government in Telangana, if voted to power, would bear the maximum expenditure on education and public health. Rahul Gandhi, who is in Telangana as part of the Bharat Jodo Yatra, held a meeting with senior leaders of the Congress party on the education sector in Yenugonda of Mahabubnagar district.

He also interacted with the students, PhD scholars and JAC representatives of Osmania University on various issues. Calling the spending on education and health by the TRS Government as highly ‘deplorable’, the Congress MP said that it was the duty of the government to bear the maximum expenditure on education and public health. However, the former Congress President said, Telangana’s spending on both education and health was the least among 29 states in the country.