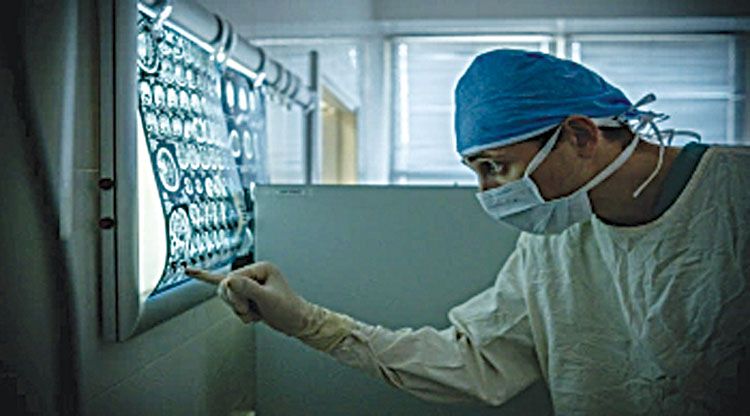 Bhubaneswar, Oct 29 (FN Bureau) The burden of stroke is rising in India and has now emerged as the fourth leading cause of death and a common cause of disability, according to neurologist Santosh Dash. Dash, who is attached to the Kalinga Institute of Medical Sciences (KIMS), said in India, the incidence of stroke is 100-150 per one lakh persons per year.A stroke or brain attack is one of the commonest neurological illnesses happening due to sudden loss of blood flow to the brain, the Associate Professor of Neurology said.

The commonest symptoms by which anyone can easily identify stroke are FAST: F – Face drop, A-Arm weakness, S -Speech difficulty, T-Time. If any person develops these symptoms within minutes, then he or she may have suffered a stroke. The human brain suffers irreversible damage if there is a loss of blood flow due to blockage of the blood vessels. In acute stroke, time is crucial, because early treatment saves valuable brain tissue from permanent damage.

In acute stroke, early arrival to the hospital, preferably within three hours, is vital in treatment, Dash said. If the patient arrives early, the chance of complete recovery is good in acute stroke, or there may be a permanent disability, he said. Speaking on the occasion of World Stroke Day being observed on Saturday, he said everyone should be aware of stroke and symptoms of acute stroke. “Remember, early arrival to the hospital emergency is the key factor in stroke treatment. Each second counts. We have to save precious time and saving lives should be our ultimate goal,’’ Dash added. The World Stroke Organisation, he said, has suggested the theme of raising awareness of the signs of stroke and the need for timely hospital access to quality stroke treatment.