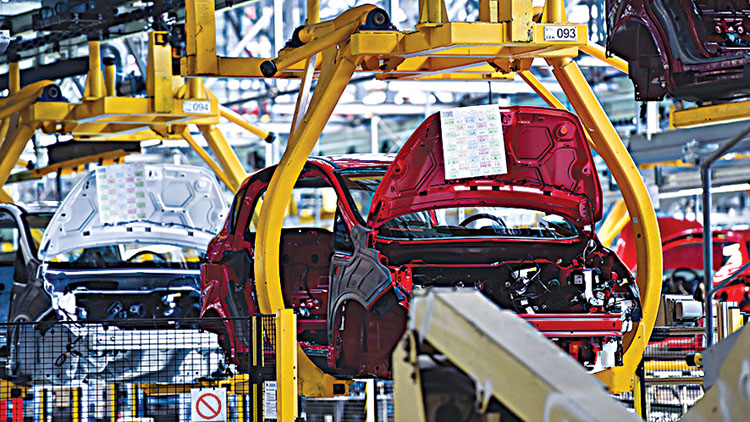 Lucknow, Nov 26 (FN Bureau) In order to grow the state’s economy to 1 trillion dollar, Chief Minister Yogi Adityanath has decided to transform western and central Uttar Pradesh into a hub for the auto and electric vehicle industries as well as its supporting parts.

In a high-level meeting, CM Yogi instructed the officials that the auto and electric vehicle industries in western and central UP already have ample resources and they just need to be pushed further because the demand for electric vehicles in the auto industry is expanding quickly. “As a result, the means of employment will also be available on a large scale in this industry,” he said. According to a report the Growth State Value Addition (GSVA) of UP in the auto industry was 1.5 billion dollars in 2019, which can be increased to five billion dollars in the next five years. In western and central UP, 9000–10,000 acres of land will be needed for the development of the industry. The Yogi government will spend 19–20 billion dollars on this. At the same time, auto parts with electric vehicles made here will be supplied to the UK, USA, Australia and South Asia.

There is actually a lot of demand for batteries for two and three wheeler e-vehicles. During a meeting the CM said that both large industries and Micro Small and Medium Enterprises (MSMEs) play a significant part in the auto industry and are already well-established in sufficient numbers in western and central UP. Along with this, the expressway is available for the export of equipment of these industries. At the same time, to promote exports, the Easton Dedicated Freight Corridor can be easily developed here and connected to the expressway. The Yogi government has chosen Agra, Shahjahanpur, Aligarh, Prayagraj, Saharanpur, and Etawah to boost the MSME sector, while Gautam Buddha Nagar, Ghaziabad, Lucknow, Hapur, Kanpur Nagar, and Meerut have been chosen for the construction of big enterprises to encourage the auto industry. To develop western UP as an original equipment manufacturing belt and create a trillion-dollar economy for the state, sufficient resources are already on hand. On the other hand, central UP is very suitable for the most important metal industry for the auto industry as well as other industries related to it. For these industries, the MSME industry already exists; it just has to be given a bigger shape.

Yogi said in the meeting that attention must be paid to ancillary and downstream sectors associated with the automotive sector in order to expand the auto zone and automotive industry in western UP. For this, green zones will need to be created for the rubber processing, plastic, metal, machinery, glass, and ancillary sectors of electric vehicle original equipment manufacturers. The CM said that the state’s EV charging network has to be expanded. “The electric vehicle industry concentrates on EV charging, research, and product design. Battery, battery chemical, cell manufacturing, fuel and welding have an important role in this. Casting, welding machine operators, electric car assembly technicians, as well as heat treatment technicians, will be most required in such a case. Maximum employment will be available on these posts,” he said. Yogi said that two and three wheeler EV vehicles and EV parts made in central and western UP will be supplied to the UK, USA, Australia, and South Asia. These countries are most favourable for the supply of EVs and EV parts.