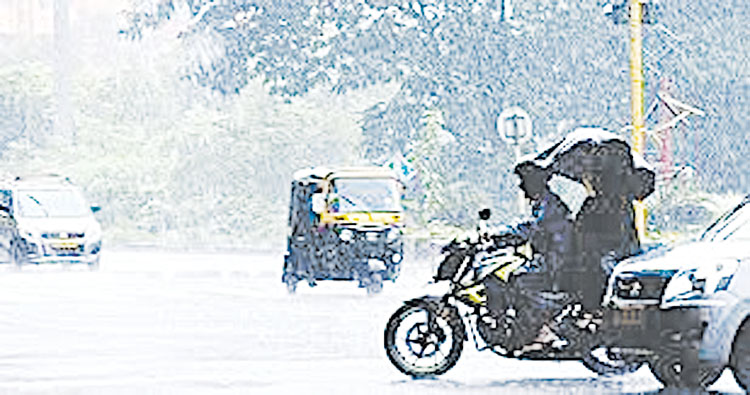 Aurangabad, Jan 25 (FN Agency) Unseasonal rains have lashed several parts in the district since last evening increased the farmers’ worries. Many places in Aurangabad district have seen rain and some places it is drizzling, in some places it is raining heavily caused damage of standing Rabbi crops . Cloudy weather was seen in Aurangabad district since yesterday morning. Later in the evening, however, the situation took a turn for the worse. Meanwhile, in the night, drizzle started in some parts of the district. In some places heavy rain is falling with lightning. Therefore, the farmers are going to suffer a lot due to this return of rain. Rabi season is currently underway and there is a possibility that the crops will be damaged due to this unseasonal rain.

Reports from different places in the district stated that ,rain lashed in Gangapur tehsil including Gangapur city. It is drizzling in the area of ​​Dahegaon Bungalow, lightning is seen. Heavy rains was lashed in Shendurwada Sawkheda area for the last twenty minutes. Heavy rain is also reported in Bidkeen, Lohgaon, Sompuri areas of Paithan taluka since last fifteen minutes. Drizzling rain has also lashed in Walaj area.Dhorkin is experienced heavy rain with lightning. Rain accompanied by strong winds has been present in the area including Balanagar. Rain has also started in Bazar Sawangi area. Also, Chittegaon in Paithan taluka also received heavy rainfall. As per IMD GFS guidance, in the next 24 hours, the minimum temperature is likely to decrease in some parts of North Central Maharashtra and North Konkan, including Mumbai. While between January 24 and 26, an active Western Disturbance with high humidity from the Arabian Sea to the West Himalayan region is likely to gradually move eastwards.