PM launches projects worth over Rs 1,500 cr in Varanasi 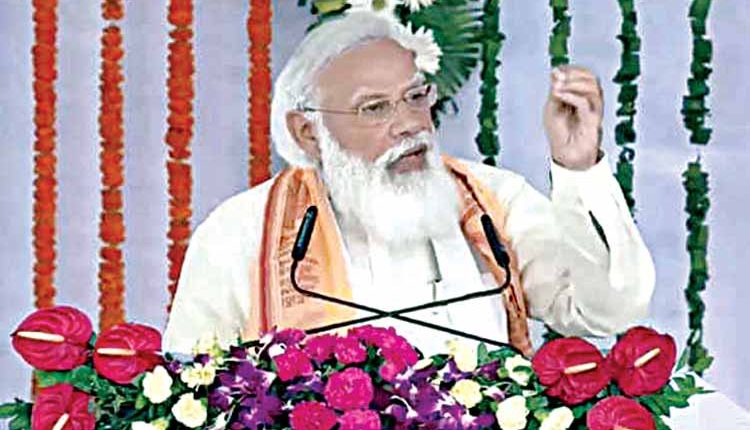 Uttar Pradesh Governor Anandiben Patel and Chief Minister Yogi Adityanath were also present on the occasion. The key development projects in Varanasi include multi-level parking at Godaulia, Ro-Ro Vessels for tourism development and three-lane flyover bridge on the Varanasi-Ghazipur Highway. Mr Modi will also expected to inaugurate International Cooperation and Convention Centre – Rudraksh in Varanasi later in the day.