India’s Covid vaccine is a leap of science: VP 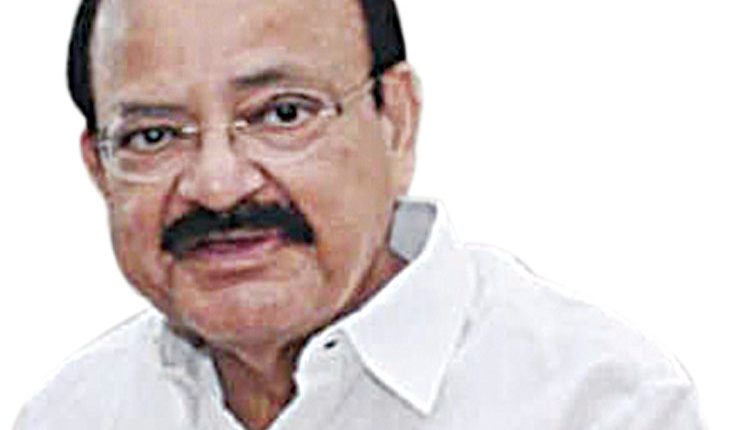 New Delhi, Jan 4 (Bureau) The Vice President of India and Chairman of Rajya Sabha Shri M. Venkaiah Naidu has hailed the emergency authorization of two Covid vaccines yesterday as India’s leap of science that benefits the humanity at large. Writing on social media today, Shri Naidu stressed that this is an indication of how Atmanirbhar Bharat can benefit not only the Indians but the larger humanity. Hailing the national resolve shown by the country last year in containing the Covid-19, Shri Naidu called for the same spirit in taking the vaccine to the people during this year.
Shri Naidu said; “India is in the forefront of shielding the humanity from the deadly disease by demonstrating its ability to mass produce the much needed vaccine and offer its own version as well. India’s indigenous vaccine (Covaxin) has certain unique features based on the whole virus approach. This is a commendable achievement and all concerned deserve kudos for foresight perseverance and fruition of spirited efforts.” Referring to the devastating effects of Covid-19 in 2020 and vaccines being awaited as the only armour to return to a life of safety and security, Shri Naidu described the success of spirited scientific efforts to come out with vaccines as the victory of science. He further said “While the celebrations can wait till every needy person gets the vaccine shot, it’s not out of context to say cheers to this optimistic moment.” He noted that India’s spirited efforts towards making vaccines available offers hope to people across the globe conferring on India the leadership role in the collective fight against the most dreaded health challenge of the last 100 years since the outbreak of Spanish Flu.

Noting that development and administering of vaccine is guided by a stringent regime of protocols and strict monitoring of attendant data without any compromise, the Vice President referred to the regulator’s assurance to the nation of due diligence before giving nod to the two vaccines, Covishield and Covaxin yesterday.

Shri Naidu said “India’s leap of science with the vaccine announcement is a clear manifestation of the spirit of Atmanirbhar Bharat. It demonstrates what a self reliant India means not only to its people but also to the rest of the world. India standing tall at this critical moment is one of great reckoning. It vindicates our ethos of sharing with and caring for all. The soon to start vaccine roll out is a certain beginning towards leaving the miseries and anxieties of the last year behind. ” Shri Venkaiah Naidu observed that the country rose in unison in 2020 in handling the Covid situation with the national leadership both in the Centre and in the States/UTs working with a sense of unity of purpose and action which resulted in significantly enhancing the required capacities to fight the pandemic and containing the same. Shri Naidu stressed on the need to demonstrate the same resolve in taking the vaccine to the people during this year.