‘India will be hoping Taliban go for genuine political reconciliation’ 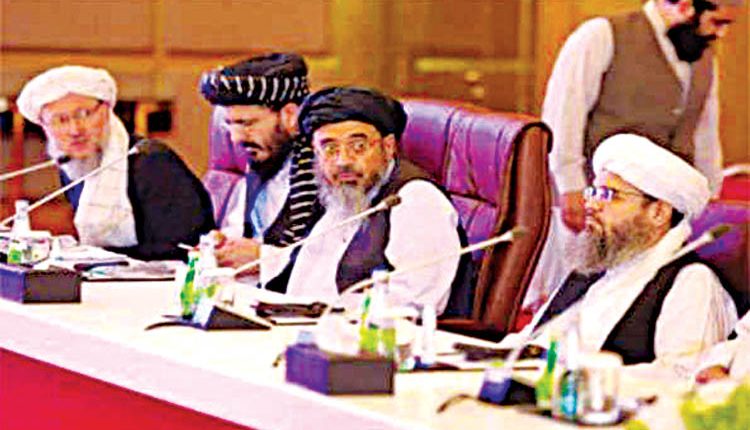 New Delhi, Aug 16 (FN Bureau) With the fast-paced developments in Afghanistan taking the world by surprise, all eyes are now on the Taliban to see what their next step will be. Will they, as their leader Mullah Baradar has assured, provide good governance to their people, or will the country be engulfed in a cycle of violence again. In all this, India which has been involved in developmental and reconstruction efforts for the past 20 years, will be watching to see which way things go. India was part of the Doha negotiations last week, where a Taliban team led by the group’s powerful leader Mullah Baradar was present, to discuss a way forward for Afghanistan. Security analysts feel that if the Taliban moves forward with a genuine political reconciliation then it would be a good thing for India too. “While the Taliban takeover of Afghanistan is certainly not a good thing, but it is not all a doom and gloom scenario, as is being projected in some quarters,” said Professor Harsh Pant, Director, Studies and Head of the Strategic Studies Programme at Observer Research Foundation. Speaking to UNI, he said the Taliban “will eventually have to consider the possibility of genuine political reconciliation, because without that Afghanistan will sink into a perpetual cycle of violence and counter violence. If they do that it is good for India as ultimately that’s what India has been saying — a political structure (in Afghanistan) that is representative of all stakeholders.”

According to another security analyst, who did not wish to be named, “In foreign relations, nothing is permanent”. He said that while the US and some other western countries had wanted India to send troops to Afghanistan, New Delhi had consistently declined to do so. “India’s foreign policy is wise; we were against it (sending boots on the ground). And now we should negotiate with the Taliban. The Taliban have earlier said they want friendship with India, and will not target Indian projects, and in turn India should not send its troops there,” he told UNI. Asked what was the reason for the sudden collapse of the situation in Afghanistan, when the US and others had been expecting the Taliban to take at least a month or two before overrunning the country, the analyst said Afghanistan is a country of tribes, “where the people are more loyal to their tribes than to the country”. One of the reasons for the rapid capitulation of most provincial capitals to the Taliban is that the Afghan army had begun to rely on Afghan warlords. “The ANDSF (Afghan army) were fighting reluctantly, and were relying on the warlords, who belong to different tribes.

The Taliban contacted these warlords and convinced them to join their forces, so they switched sides,” the expert explained. One theory extended by the security analyst for the US’s hurry to exit Afghanistan, which has invited heavy criticism from many quarters, is that Washington wants to see China now burning its fingers in Afghanistan, just like the US and Russia have done before. China had invited a Taliban delegation to Beijing earlier this month and said that it wants friendship with the group. In turn the Taliban assured that it will not help the Uyghur Muslims who are fighting a secessionist war in China’s far west. “The situation in Afghanistan is still fluid, everyone is watching to see whether China will go into it.

The Western countries want that China should go into it,” he added. According to Pant, since the Taliban have won “without firing a single shot in Kabul” they would not be willing to concede anything to anyone. “They are not interested anymore in any kind of negotiated settlement. As far as Taliban are concerned they have settled the problem,” he added. He said now the most important thing would be to see which way the Taliban go, and which countries recognise them. “There is concern in some counties in the West, like the UK for example which has said that the world should be united in not recognising the Taliban regime. India would see how the recognition game plays out. If the Taliban behaves well and moves forward with genuine political reconciliation then India can also open a channel to the Taliban…” Pant added. According to Pant, the fact that India does not share a border with Afghanistan “can be seen as something that will be relatively good for us”. On the Indian projects in Afghanistan, he said that if the Taliban wants to destroy everything that has been built, “that is their choice”. “Obviously for India it will be a loss that everything they have done has gone down the drain, but at the end of the day, it is a choice the Taliban will have to make.” “Everything depends on what are the Taliban’s next moves,” Pant added.