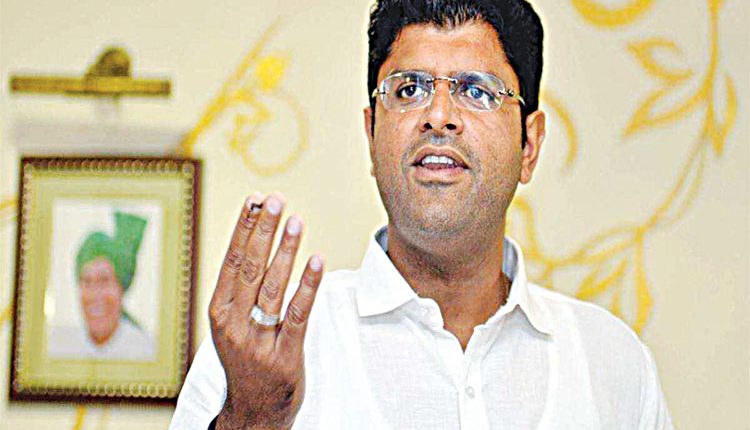 Chandigarh, May 21 (FN Representative) Haryana Deputy Chief Minister Dushyant Chautala has said that due to continuous efforts of the state government, investment in MSME (micro, small and medium enterprises) is increasing and entrepreneurs are showing great interest in investing in the state. Addressing a virtual “MSME Dialogue Series” program organized by ASSOCHAM on Friday, he said that small industries are rising due to big industries like JCB, Maruti, Flipkart, ATL, Honda in the State. Mr Chautala said that the Haryana government has taken a historic step in the form of new industrial policy ‘Haryana Industrial and Employment Policy-2020’ to increase investment and employment in the state. Under this policy, the government is working towards doubling the exports.

He said that due to the new industrial policy of Haryana, ATL companies are going to set up a battery mega plant in Sohna on about 178 acres, the largest and high-tech warehouse in Asia by Flipkart on about 140 acres of land in Haryana. Not only this, many giant companies like Amaron are showing interest in investing in Haryana. He said that the arrival of these big mother units will give a boost to the MSMEs of the state. The Deputy Chief Minister said that the government is setting up a large infrastructure for the upliftment of MSMEs in Haryana. He said that for this the government has signed important agreements with three e-commerce companies ‘eBay’, ‘Power-to-SME’, ‘TradeIndia.com’. This will provide a global market for Haryana’s MSMEs.

He said that there are about 9.70 lakh MSMEs in the state and about 20 lakh people are being provided employment through it. He said that to promote MSMEs, the State Government has established such a world-class system that MSMEs are being approved to start industries in 15 days. Mr Chautala said that the government has already allocated double the budget for the MSME sector, this has given a boost to the plan to establish clusters in all the districts of the state. He said that the government is giving 90 per cent assistance in setting up mini cluster industries up to Rs two crore. He said that under the Haryana Rural Industrial Development Scheme, the government is trying to bring more and more industries to the villages. Panchayats can rent their land to set up industries on the wastelands of villages. The Deputy Chief Minister said that during the Covid-19 pandemic last year, the government gave Rs 500 crore to all industries for the production of essential commodities including oxygen, ICU beds and produced these essential items in times of disaster. At the same time, due to increasing requirement of PPE kits during the time of pandemic, the government got large number of PPE kits produced by MSMEs.

ED attaches assets of eBiz.com worth Rs 31.63 cr under PMLA