ED attaches assets of eBiz.com worth Rs 31.63 cr under PMLA 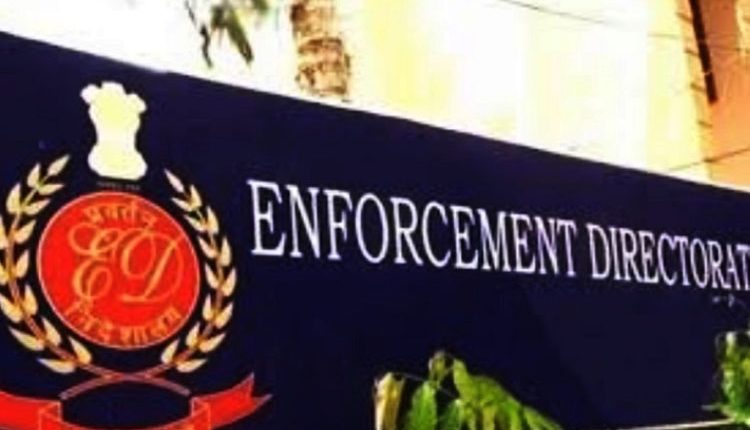 Hyderabad, May 21 (Agency) Enforcement Directorate (ED) has attached assets of eBiz.com worth Rs 31.63 crore under the provisions of Prevention of Money Laundering Act, 2002, (PMLA) in the Pyramid Style Multi-Level Marketing fraud case. The attached assets include interest accrued on the already attached 105 Fixed Deposits, a police release here said on Friday. Bank balances, Mutual funds and Gold jewelry found in the locker of the main accused Pawan Malhan, Managing Director of M/s eBiz.com Private Limited and his son Hitik Malhan.

Earlier, on September 17, 2019, ED had provisionally attached immovable properties purchased at Rs 34.60 crore and Bank balances amounting to Rs 242.25 crore lying in 124 different Bank accounts belonging to eBiz.com and its promoters. The 2019 provisional attachment order of ED for a total value of Rs 277.97 Crore was confirmed by the PMLA Adjudicating Authority and the former has already taken possession of the same. ED initiated investigation based on the FIRs registered by the Telangana State Police against M/s eBiz.com Private Limited and its Directors/Associates for cheating common public by propagating false promises of earning quick and easy money and inviting gullible public to become members of their Pyramid Scheme. Money laundering investigation by ED revealed that they were running a pyramid fraud in the guise of direct selling multi-level marketing network by introducing a few worthless products like CDs containing free computer education packages, suit lengths etc. The purpose of introducing such sub-standard over-priced products was only to masquerade their pyramid fraud as a direct-selling product company.

To lure more gullible investors, they extensively advertised their commission model in which exceedingly high commissions were paid to existing members for enrollment of new members in the down links of the pyramid structure. The promoters conducted mega conventions and flaunted their lavish lifestyle and used social media like Facebook pages to lure gullible investors. They had collected around Rs 1,064 Crore from around 12 lakh subscribers through a chain of agents spread across the country. The funds so collected were illegally diverted into the personal accounts of the Directors, their family members and other associates under various expenditure heads including dividends, high salaries/incentives etc. ED has already filed a preliminary prosecution complaint against the accused persons on March 12, 2021 before the Principal Special Sessions Judge, Ranga Reddy. Second provisional attachment order is issued now to attach further assets worth Rs 30.42 crore lying in 105 accounts maintained in the name of the company, its two Directors and their family members and associates, Rs 64.94 lakh worth of Mutual Fund investments and Rs 55.74 lakh worth of gold jewelry. Thus, the ED has attached further assets worth Rs 31.63 crore on May 20, the release added.