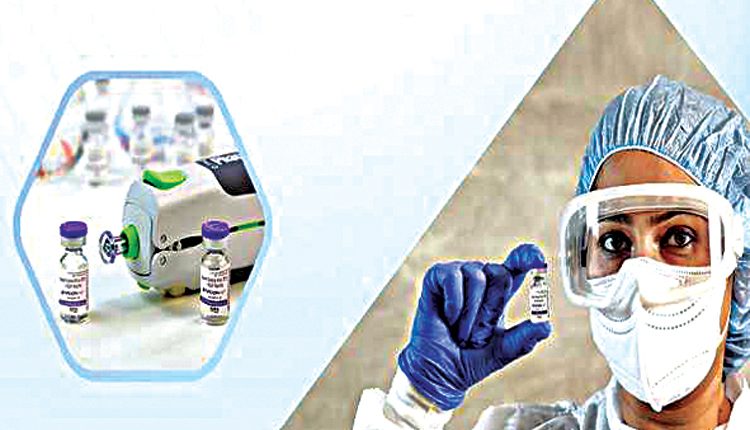 New Delhi, Aug 20 (Agency) The world’s first DNA platform based Covid-19 vaccine by Zydus Cadila has received approval for Emergency Use Authorization (EUA) from the drug regulatory authority on Friday, the union government informed. The vaccine, ZyCoV-D, received approval from the Drug Controller General of India (DCGI) on Friday after the Subject Expert Committee recommended its emergency authorisation in a meeting convened on Thursday, government sources told UNI. ZyCoV-D has become the sixth vaccine added to a large portfolio of Covid-19 vaccines cleared in the country after locally produced Covishield, Bharat Biotech’s Covaxin, Russia’s Sputnik V, the US-made Moderna, and Johnsons and Johnson’s Janssen.

Dr Renu Swarup, Secretary, Department of Biotechnology which partnered with the Zydus to develop the vaccine said that “It is a matter of great pride that India produced the world’s first DNA Covid-19 vaccine. “We are confident that this will be an important vaccine for both India and the world. This is an important milestone in our Indigenous Vaccine Development Mission and positions India on the Global Map for Novel Vaccine Development,” she added. The 3-dose regimen vaccine can be administered to adults. It is also the first vaccine that can be administered to children aged 12 and above. Zydus conducted clinical trials for ZyCoV-D at more than 50 centres in India, making it the largest such trial in the country.

The volunteers included around 1,000 children aged 12-18, the first vaccine trial for adolescents in India. The vaccine is delivered through a needle-free applicator called the PharmaJet to ensure painless intradermal vaccine delivery. The trials, in over 28,000 volunteers, showed primary efficacy of 66.6 per cent for symptomatic RT-PCR positive cases. This vaccine had already exhibited robust immunogenicity and tolerability and safety profile in the adaptive Phase I/II clinical trials carried out earlier. Both the Phase I/II and Phase III clinical trials have been monitored by an independent Data Safety Monitoring Board (DSMB). The ministry of science and technology said that the vaccine can easily adapt itself to deal with the mutations in the SARS-CoV-2 virus. “The plug-and-play technology on which the plasmid DNA platform is based can be easily adapted to deal with mutations in the virus, such as those already occurring,” it added. Ahmedabad based pharmaceutical firm stated that it plans to manufacture 10-12 crore doses annually.