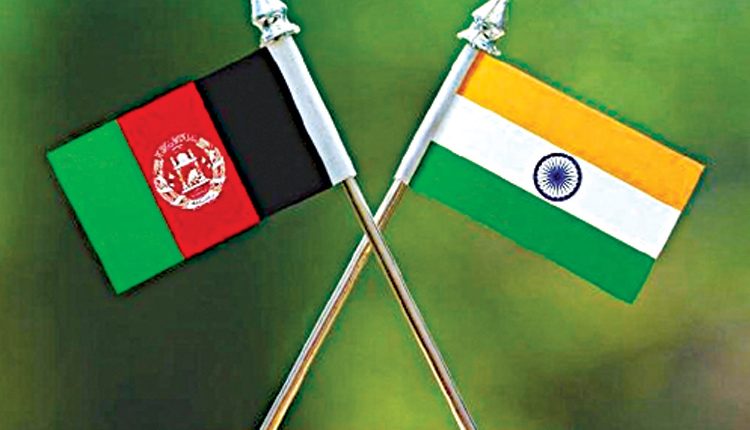 New Delhi, Aug 20 (Bureau) As trade between India and Afghanistan has become a casualty of Talibani takeover, those engaged in trading with the war-torn country have mixed feelings about normalcy returning anytime soon. Praful Vithalani, President of the All India Sugar Trade Association (AISTA) said that the ongoing trade disruption is temporary and the situation should get better in the coming week. Sugar is one of the key items exported from India to Afghanistan with Vithalani pegging the total volume at 7 lakh tonne worth about Rs 2,100 crore per annum. “For the last 2-3 days it (sugar shipments) has been held up but we hope that by Saturday next week it will be normal. There is nothing from Afghanistan so far that there will not be any trade from India,” Vithalani told UNI. Sugar from India is generally shipped to Karachi, Pakistan and then it is transported by road to Afghanistan.

Nathi Ram Gupta, President of All India Rice Exporters’ Association (AIREA) said that rice exports to Afghanistan have completely stopped ever since the chaos began there. “Given the disturbances over there, who would like to send consignments? From the first week of August, rice exports have stopped,” Gupta said noting that volume of export is not very high. The bilateral trade between India and Afghanistan was US$ 1.4 billion in 2020-21 as against US$ 1.52 billion in 2019-20. Exports from India were US$ 826 million and imports stood at about US$ 510 million in 2020-21. India’s exports to Afghanistan include tea, coffee, cotton, toys, footwear, medicines, medical equipment, c, and other value-added products. Imports from Afghanistan include primarily dried raisins, walnut, almond, fig, pine nut and fresh fruits among others. As Afghanistan’s border with Pakistan has been closed by Taliban, imports of dry fruits have been hit. This has sent prices of various dry fruits soaring in Delhi’s Khari Baoli wholesale market. “Banks and customs houses are closed in Afghanistan as staff is not coming for assessment.

As a result, trade has completely stopped,” said Kanwarjit Bajaj, a Delhi-based trader and president of the Indo-Afghan Chamber of Commerce. Bajaj said that there is a lot of goodwill for India in Afghanistan and the duty-free access given to Afghanistan has greatly helped the farmers, labourers and traders over there. “Nobody would like to spoil the relation and goodwill built over years,” he said. Meanwhile, with supply of dry fruits remaining stuck in transit, prices of fig (anjeer), raisins, munakka, apricots and other dry fruits in the Khari Baoli market has gone up in the range of 5-10%. “Currently the prices have not gone up much as old stocks are there but once it is depleted and fresh supply not coming, prices would go further up,” said Rajiv Batra, a local wholesale dealer.