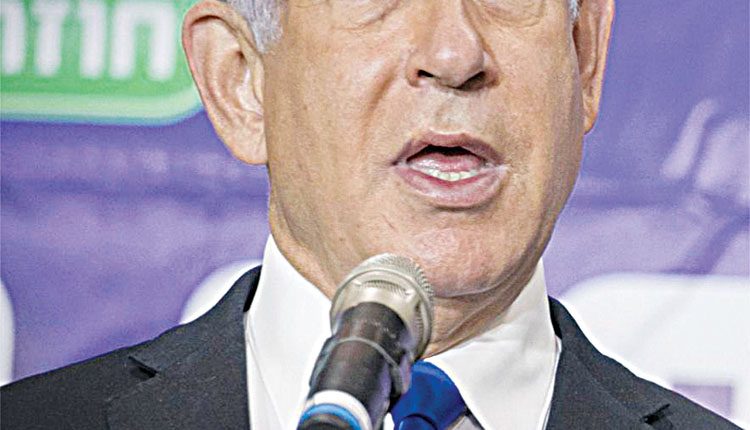 Abu Dhabi, Mar 18 (Agency) The United Arab Emirates on Thursday halted preparations for a summit conference set to include Israel and the US over anger at Israeli Prime Minister Benjamin Netanyahu’s attempted use of the normalization deal for his election campaign, Israeli newspaper Yedioth Ahronoth. The conference was scheduled to take place in April in the UAE capital of Abu Dhabi and include Netanyahu, a senior Washington official and leaders of the Arab states that normalized ties with Israel last year. Netanyahu hinted at the event in recent interviews with several news outlets, including Yedioth Ahronoth.

According to the newspaper, Abu Dhabi Crown Prince Mohammed bin Zayed is outraged at what he sees as an “abuse” of the normalization agreements between the nations for Netanyahu’s election campaign. The prime minister, in his election speeches, stated that the UAE intends to invest “tens of billions of dollars” in Israel and that he had received bin Zayed’s commitment for “an immediate investment of $10 billion,” the news outlet said. Along with that, Anwar Gargash, an adviser to UAE President Khalifa bin Zayed Al Nahyan and ex-state minister for foreign affairs, said on Thursday that Abu Dhabi has no desire to be involved in any electioneering process in Israel.

The developments came after Netanyahu’s much-anticipated first visit to the UAE was called off. The visit has already been postponed four times for multiple reasons, including the ongoing pandemic and internal political issues, since the landmark Abraham Accords were signed in Washington last September.