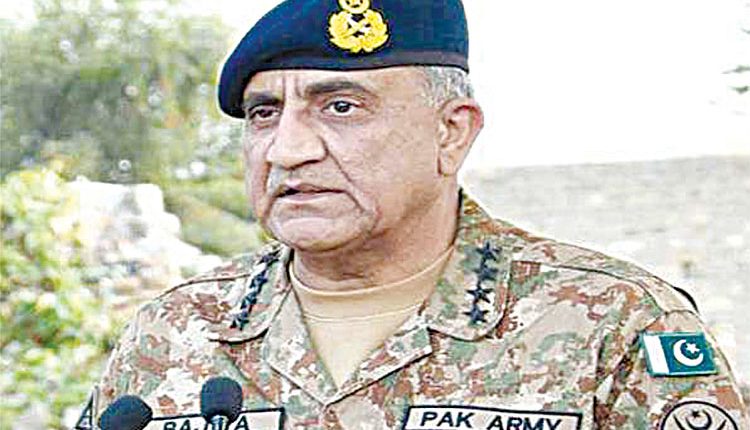 Islamabad, Mar 18 (Bureau) Pakistan’s Chief of Army Staff General Qamar Javed Bajwa said on Thursday that stable Indo-Pak relations are the key to unlocking the potential of South and Central Asia by promoting connectivity and security between East and West Asia. Addressing the audience on day two of the first-ever Islamabad Security Dialogue, Gen Bajwa said that the huge potential of the region has been held hostage to the disputes and issues between the two “nuclear neighbours,” Dawn reported.

“We feel it is time to bury the past and move forward,” he said, adding that the onus for meaningful dialogue rested with India. “Our neighbour will have to create a conducive environment for the dialogue to go forward in order to achieve the desired results”. Gen Bajwa added that one cannot apply the ideas of the past to find solutions for today’s problems and challenges especially if they haven’t worked in the past as well. In the existing environment, developing countries like India and Pakistan face multi-dimensional challenges which they cannot be expected to navigate single-handedly, he said, adding that the entire South Asian region faced similar challenges.

Gen Bajwa also stated that unsettled issues in South Asia are dragging the entire region back into poverty and underdevelopment as the political and security issues has forced both India and Pakistan to spend huge sums of money on defence at the cost of human development. This has also meant that despite our common origins and cultural and historical similarities, South Asia is the least integrated region in the world, both politically and economically. Bajwa’s comments come a a day after Prime Minister Imran Khan put the onus on India saying it would have to make the first move to normalise ties with Pakistan, without elaborating what exactly did he expect from India as the first step for resumption of ties.

Japan to lift state of emergency in four capital prefectures