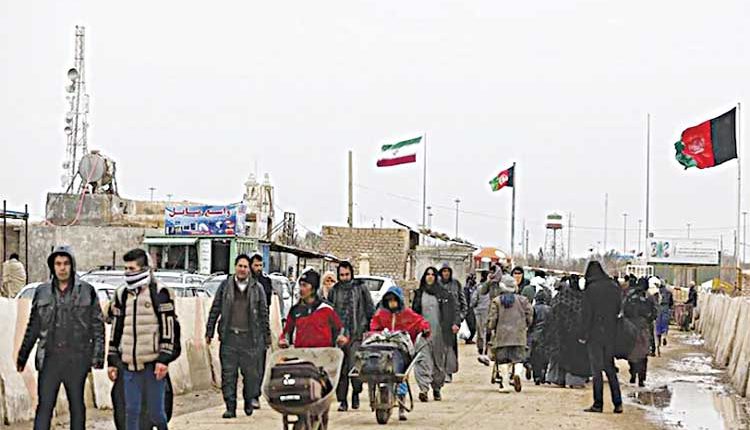 Kabul, Aug 8 (FN Agency) Continuing their onslaught, the Taliban on Sunday gained control of key government buildings in two provincial capitals – Kunduz and Sar-e Pul — even as Iran has announced the closure of its key border crossing with Afghanistan in Nimroz province. Tehran announced that the crossing point in Milak district of Sistan and Balochistan province has been closed due to the surge in violence in neighboring Nimroz province, which was taken over by the Taliban. Kunduz and Sar-e-Pul fell within hours of each other on Sunday with fierce clashes being reported between the advancing Taliban and the government forces. The Taliban entered Kunduz province in the morning and attacked the central prison releasing prisoners. Videos on social media showed the prisoners leaving the prison after the Taliban destroyed the wall of the facility with a rocket.

Taliban spokesperson Zabiullah Mujahid in his Twitter post confirmed that the Islamist militia have entered Police District 2 of Kunduz city, Khaama Press reported. Videos on social media showed dozens of shops and buildings engulfed in fire amid fierce fighting between the Afghan forces and the Taliban in Kunduz. “The Taliban have taken Chawk-e-Kunduz (the center of the city),” sources said. Dozens of families have fled their homes. On Friday, the Taliban overran southwestern Nimroz province which forced thousands of families to cross the border into Iran from its provincial capital, Zaranj. Afghan government security forces also fled to Iran along with their armored and non-armored vehicles, though the Afghan defense ministry has denied this. The Taliban have now entered the central Taloqan city of Takhar province, Khaama reported. At least 11 people have been killed and 39 wounded in the clashes in Kunduz that started on Friday evening, the provincial public health directorate said. Afghan Ministry of Defense said that commandos have been deployed in the city and they have cleared Abdul Razaq square from Taliban fighters. The Ministry said that the city will soon be cleared of the Taliban. The Taliban claim to have taken the headquarters of the national police, local office of National Directorate and Security (NDS), and central jail of Kunduz province in the provincial capital.

On Saturday, the Taliban toppled southwestern Nimroz, and the northern Jawzjan province. The Afghan Ministry of Defense said that 40 Taliban have been killed and 14 wounded in aerial strikes launched targeting the Taliban in the northern provincial capital of Jawzjan on Saturday night. The airstrikes come hours after US President Joe Biden ordered the use of B-52 bombers and Spectre gunships to target Taliban positions. US defense sources said that the bombers have targeted Taliban positions in Kandahar, Herat, and Helmand provinces. Biden ordered the bombers after the Taliban toppled two provinces in 24 hours. Meanwhile, the US embassy in Afghanistan condemned the Taliban’s ‘violent new offensive against Afghan cities”.

“This includes the unlawful seizure of Zaranj, the capital of Afghanistan’s Nimroz province, the attack on Sheberghan, capital of Jowzjan province, yesterday and today, and continuing efforts to take over Lashkar Gah in Helmand and provincial capitals elsewhere.” “These Taliban actions to forcibly impose its rule are unacceptable and contradict its claim to support a negotiated settlement in the Doha peace process. They demonstrate wanton disregard for the welfare and rights of civilians and will worsen this country’s humanitarian crisis,” it said. It called on the Taliban to agree to a permanent and comprehensive ceasefire and to engage fully in peace negotiations to end the suffering of the Afghan people and pave the way for an inclusive political settlement that benefits all Afghans and ensures that Afghanistan does not again serve as a safe haven for terrorists. On Saturday, the Embassy asked all US citizens to leave Afghanistan immediately using available commercial flight options.

Saudi Arabia to lift ban on Foreign Umrah pilgrims after 1.5 yrs of closure