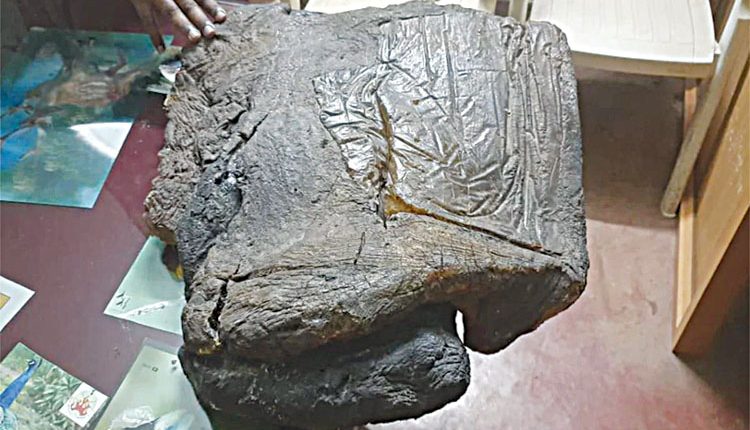 Mysuru, Aug 8 (Agency) Mysuru forest department flying squad has seized ambergris, commonly know as ‘whale vomit’ worth Rs 8.20 crore near Kushalanagara in Kodagu district and arrested four people who were selling it. Officials said on Saturday this is the first time that a group selling ambergis has been caught in the old Mysuru region.

Based on a tip off, the forest flying squad intercepted a car in Kushalanagara and the occupants of the vehicle tried to flee the spot seeing the sleuths. The squad members chased them and arrested the four accused. Another accused Raiz managed to escape and a manhunt has been launched to nab him, the officials said. Ambergis is used to make perfumes and is in demand in international market.