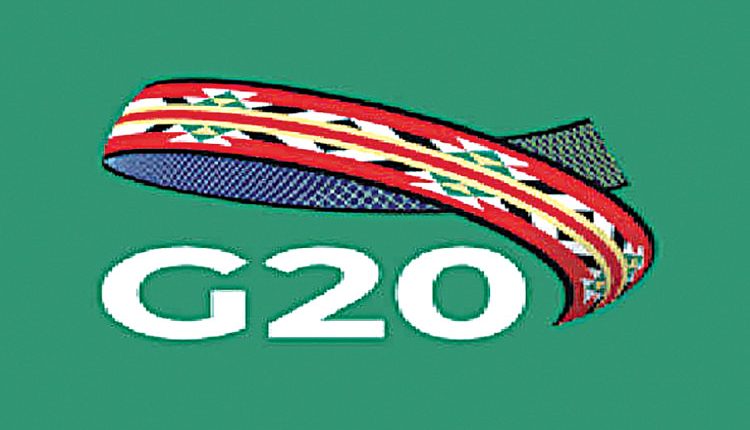 Paris, May 25 (FN Bureau) International merchandise trade for the G20 reached record highs in first quarter of 2021 led by higher commodity prices while growth in trade in services moderated. According to the report released today by Organisation for Economic Co-operation and Development (OECD), compared with the previous quarter, in Q1 this year exports increased by eight per cent to 4,022.9 billion dollar. Import, during the quarter stood at 3,973.9 billion dollar, 8.1 per cent higher than Q4 of 2020. Services export and import growth for the G20 aggregate is estimated at around 4.4 per cent and 2.5 per cent respectively for the quarter ended on Mar 31, 2021. G20 countries exported services valued at 1,082.7 billion dollar while import was recorded at 957.5 billion dollar.

“Continuing the recovery initiated in the third of quarter of 2020, international merchandise trade for the G20 reached record levels in Q1 2021, as measured in seasonally adjusted current US dollars. Trade in services broadly reflects the trends observed in late 2020,” OECD said in a press release. With the exception of the United Kingdom, all G20 economies, including India, recorded positive growth in first quarter, with the depreciation of the US dollar and the related increases in commodity prices playing a role in the recovery from the COVID-19 lows. Prices of agricultural commodities, including cereals and vegetable oils, increased by over 10 per cent in Q1 2021, while prices of metals are close to levels last observed in 2011. Argentina (exports up 33.3 per cent), Australia (exports up 17.5 per cent), Brazil (exports up 14.7 per cent), and South Africa (exports up 17.3 per cent), among the G20’s largest exporters of those products, have benefitted from the rising commodity prices.

Additionally, the nearly 35 per cent increase in crude oil prices in during the quarter translated into the rising export values of Canada (up 10.8 per cent), Russia (up 13.1 per cent), and Indonesia (up 12.4 per cent). Since energy products are a major import for most G20 economies, the price increases also resulted in higher import values in the same period. The pandemic-related boom in purchases of electronics led to a surge in demand for semiconductors and integrated circuits. Along with several other factors, this led to supply failing to keep pace with demand, resulting in shortages and price rises. While higher trade in semiconductors partly contributed to total merchandise trade growth in the United States (exports and imports up by 5.7 per cent and 5.3 per cent, respectively), chip shortages affected, in particular, the automotive supply chains. A slowdown in shipments of vehicles and parts weighed on total merchandise exports from France and Mexico, both markedly below the G20 average.

In services, while travel continued to be heavily restrained, the value of trade in transport services soared in Q1, reflecting the surge in both maritime and air freight rates which began in the second half of 2020. Trade in digitally deliverable services, such as telecommunications, computer and business services, continued to expand in Q1 2021, particularly in East Asia. Widespread increases in savings and higher volumes of transactions in financial products contributed to robust trade in financial and insurance services, especially in Europe and North America. In Q1 2021, according to report, exports of services increased by 4.0 per cent in Germany and 3.6 per cent in France, with financial and insurance services, as well as transport, driving the overall increase. Imports increased by 3.6 per cent in Germany and 6.6 per cent in France. In the United Kingdom, exports increased moderately in Q1 (up 1.3 per cent), while imports decreased by 3.3 per cent. Services trade in North America recorded a slowdown in Q1 2021 compared with the previous quarter. Exports from the United States and Canada grew by 1.0 per cent and 1.6 per cent, respectively, while imports showed slightly higher growth.