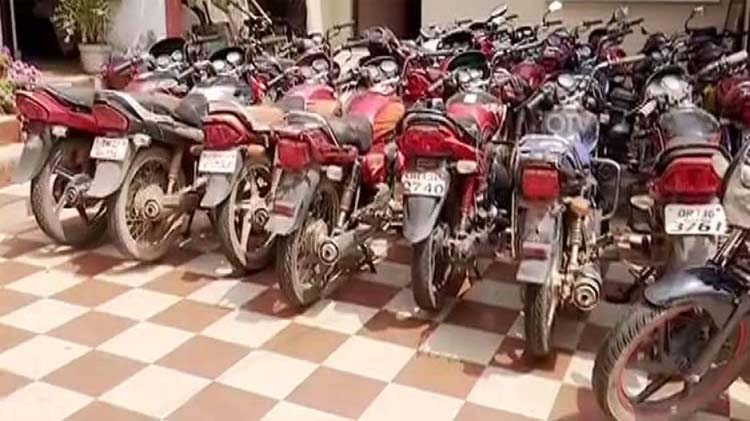 Sambalpur, Aug 13 (Representative) Sambalpur police on Friday busted a bike lifting gang and arrested 15 people for their alleged involvement in the crime. Acting on a tip off, Sambalpur SP B Gangadhar formed a team with IICs of Dhanupali, Rengali and Town Police stations to crack the gang. The team took a week to nab the gang operating for the last two years.

According to Police, 15 people were arrested from Sambalpur and Boudh district. Police also seized a stolen four wheeler from their possession. All the accused are in the age group of 21 to 29. Police suspect that the gang might have stolen more than 100 two-wheelers and are trying to unearth the details from the arrested gang members. Police also arrested two persons who purchased the stolen bikes from them.