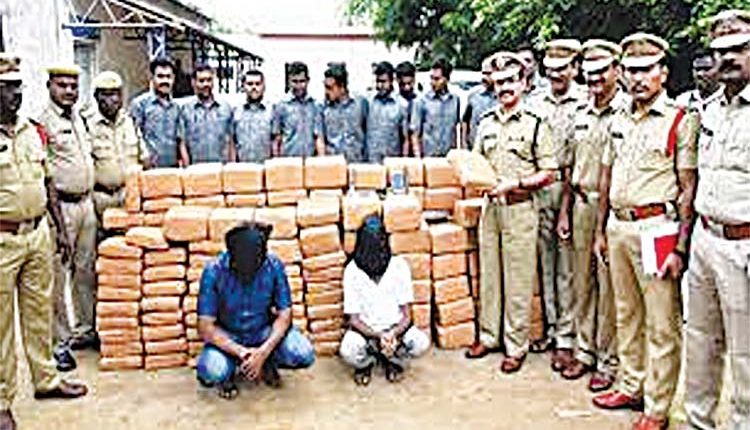 Simdega, Aug 13 (Agency) An inter state Ganja smuggler has been arrested from Bansjor Police Station area in this district alongwith 76 kilograms of Ganja. Briefing the press on Friday Simdega SP Dr Samsh Tabrez said following a tip off a vehicle checking drive was launched on the NH-143 during which a car was signalled to stop for checking.

He said as soon as the car stopped and man stepped out and started fleeing who was later chased and caught by the police. The man was later identified as Anand Sahu (32) a resident of Manomunda under Bodh district of Odisha. The SP said that the Ganja was meant to be smuggled into Nepal via Bihar.