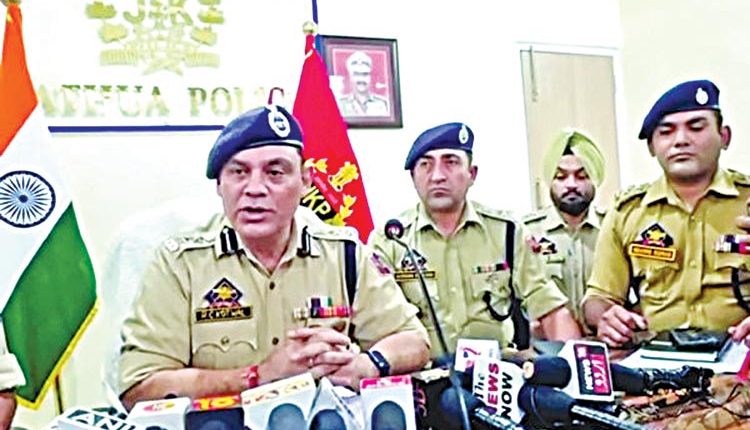 Jammu, June 21 (Agency) Police on Tuesday claimed to have solved the bank robbery case in 24 hours by arresting one accused. Senior Superintendent of Police, Kathua, R C Kotwal said that on Monday a case was registered on the written complaint lodged by one Ashok Kumar, Branch Manager, HDFC Bank Ltd. Hatli Morh, Kathua in connection with theft in the branch stating that two unknown persons broke into premises through terrace door and tied up the Branch Guard namely Pankaj Sharma and looted the money. While on checking, they found worth crores missing from the branch. SSP Kathua visited the spot and constituted the Special Investigation Team to investigate the case. Police party succeeded in arresting one person namely Jagandeep Singh of Ward No. 14 Kathua.

“During sustained questioning, he disclosed the location of stolen cash as well as the name of another accused namely Sukhvinder Singh of Ward No. 14, Rishi Nagar, Kathua who was also involved in the crime,” said the SSP. Meanwhile in the presence of Executive Magistrate Ist Class Tehsildar Bikram Kumar and HDFC Bank Branch Manager, the accused Jagandeep Singh allegedly confessed his involvement in the robbery case and on his disclosure the police team recovered the cash amount of Rs. 1,36,87250/- from the residence of another absconded accused and cash amount of Rs. 16,99,040/ from another location thus by making a total cash recovery of Rs. 1,53,86,290/. A manhunt is on for the absconded accused while further investigation of the case is going on.