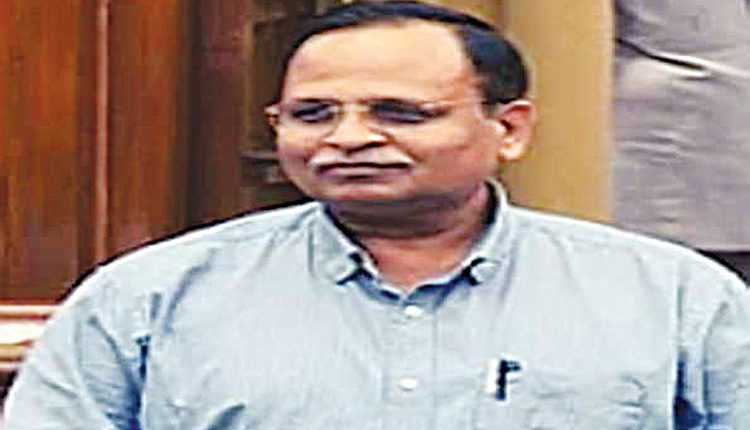 New Delhi, Nov 25 (FN Representative) A Delhi Special court adjourned for November, 26 for pronouncing the order on an application filed by Delhi’s Health Minister Satyendar Jain, seeking a direction to provide food items as per his religious beliefs. Special Judge Vikas Dhull today after hearing said, ” Since the court was busy in recording the evidence in case titled as CBI Vs. Ajay Singh Chautala, therefore, order could not be dictated. Now put up for order on 26.11.2022″. Counsel for Satyendar Kumar Jain has earlier moved an application by submitting that the fruits, vegetables and nuts diet which Jain was getting, has been stopped by the jail authorities and since Jain happens to be a Jain and is on a religious fast, therefore, as per Rule 339 and 341 read with 1124 of Delhi Prison Rules, 2018, he is entitled for the special diet during religious fasting and the same cannot be stopped. Counsel said, ” Till such time, reply is filed by the Tihar Jail Administration, directions be issued to the Tihar Jail to continue with the diet, which was being provided to Jain.

Law Officer of Tihar has submitted that to the best of his knowledge, no order has been passed stopping the diet of Jain. The Court said,” Let Tihar Jail Administration file their reply as to what food was being given to Jain in the past six months, whether he was on religious fast during the course of previous 5-6 months and whether the diet, which was being given to him has been stopped during the past 10-12 days or not? Let response be filed by the Tihar Jail Administration. The court further said,” Let medical report be also filed of Jain giving details as per Rule 313 of Delhi Prison Rules, 2018, weight at present, MRI Scans due, if any. If yes, reasons for not getting the MRI Scans done, the ailment from which Jain is suffering and the treatment being given etc. by on 28.11.2022. It alleged that Jain was not being provided basic food and medical facilities inside the prison. The application alleged that from the day of Jain’s arrest on May 31, he has not been able to visit a Jain temple, and being a strict Jain religious observer, he has been on a religious fast and not having cooked food, pulses, grains and milk products. Jain is accused of having laundered money through four companies allegedly linked to him and was arrested by Enforcement Directorate in a Money Laundering case based on a CBI FIR lodged against him in 2017 under the Prevention of Corruption Act.

‘Stories of valour against tyranny suppressed’