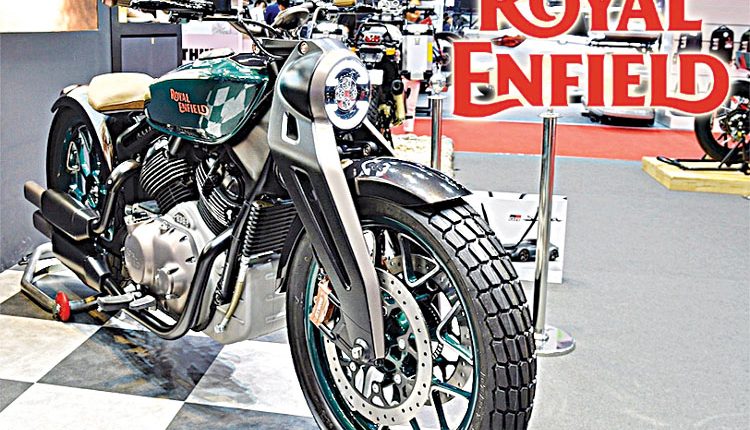 New Delhi, Jun 15 (Agency) Mid-sized motorcycle maker Royal Enfield expects the current fiscal to be one of the best for the company in terms of new model launches as it looks to drive in an array of new products for domestic and international markets, according to a top company official. The company, which is part of Eicher Motors, noted that it has a rich pipeline of products under development which could hit the market in the coming days. ‘In fact, if I may say so, this year will probably be the highest number of new models that you have ever seen from Royal Enfield being launched in a year and that’s the beginning of the pipeline. There’s a whole bunch that is happening and we are truly excited about it,’ Royal Enfield CEO Vinod K Dasari said in an analyst call. The company would continue to have one new model every quarter for the time being due to COVID-related disruptions, he added. ‘Just because there is a delay due to COVID right now, I don’t think we will squeeze everything but there are some very big models coming in. We are very excited about it. We will have to do all the marketing and do all the market preparedness for that,’ Dasari noted.

Elaborating on the new product scenario, Eicher Motors MD and CEO Siddhartha Lal said that Royal Enfield is taking extreme care in developing new models so that they can match up to the global competition. ‘So, we are extremely rigorous, we don’t launch just off the cuff. It is not like that something is interesting, let’s quickly try and do something. No shortcuts, nothing…all the new products that have come out of Royal Enfield are absolutely world-class,” he noted. The company’s products are now equivalent to Japanese and German offerings, Lal said. ‘And that’s our ambition, to get to that level of product finesse, product quality and I believe that’s where we have gotten to our last couple of products and therefore it is, while we are coming out with quite a few new products, it is still very deliberate and not an over-proliferation,’ he noted. Royal Enfield current model lineup comprises Meteor, Interceptor, Continental GT, Himalayan, Classic and Bullet. On sales network expansion, Dasari said that it would be a combination of big and small stores depending on the capacity of that region to take them.

‘Our focus is more on international expansion (sales network). The pace of expansion or the percentage growth is going to be happening much more internationally,’ he noted. Royal Enfield currently has presence in all major cities and towns in India, and exports to over 50 countries across the world including the US, the UK, several European and Latin American countries, as well as the Middle East and South-East Asia. On enhancing production capacity, Dasari said that it would depend upon the supply chain issues. “Well, I don’t know when the supply chain issues will be resolved, but I hope sometime this year we will start to hit the run rate of something like 100,000 units per month. If the supply chain issues are resolved, we should be able to hit it,’ he said. Dasari noted that the first half of the current fiscal year is expected to be soft because of lockdowns across various states. ‘And the second half, hopefully I think, the curve will flatten out by June, middle of June or end of June. Already we are seeing improvements in Delhi and Mumbai. So, hopefully from July onwards, it should start to come back strongly,” he noted.