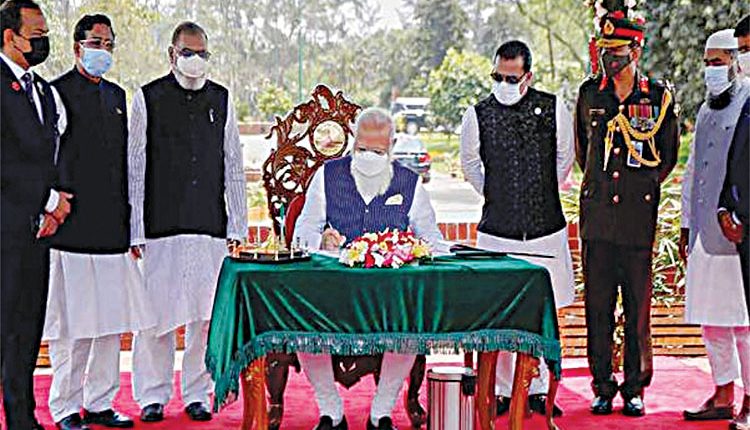 Mr Modi on behalf of people of India, further wrote that the eternal flame at Saver remains a lasting reminder of the noble victory of truth and courage over deceit and oppression. The Prime Minister also planted a sapling of the Arjuna tree there. “This sapling has been planted as a mark of respect for the valorous martyrs of Bangladesh,” the Prime Minister’s Office tweeted. The Prime Minister arrived here earlier in the day on a two-day visit to take part in the golden jubilee celebrations of Bangladesh’s independence and the birth centenary of ‘Bangabandhu’ Sheikh Mujibur Rahman. He was received by his Bangladesh counterpart Sheikh Hasina at the Hazrat Shahjalal International Airport, where he was accorded a Guard of Honour upon his arrival.