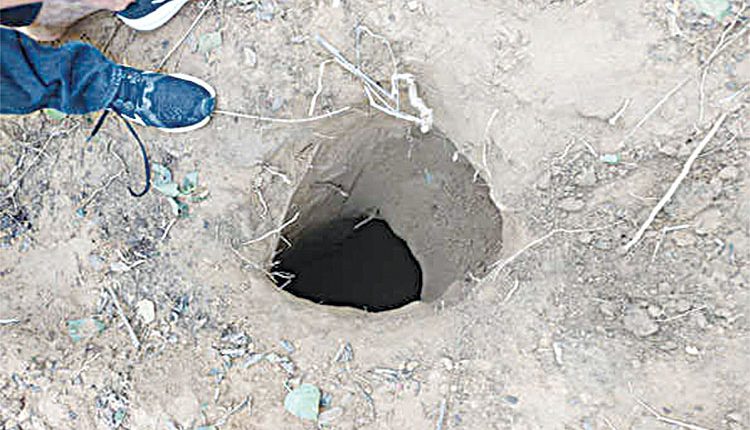 Jammu, Nov 22 (Agency) The role of Pakistan has surfaced in November 20 Nagrota encounter in which four terrorists were killed after a fresh tunnel was detected by the joint teams of J&K Police and BSF in Rehal village of Samba sector in Jammu region, authorities said on Sunday. “After the Nagrota encounter near Ban Toll in which four Pakistani terrorists were killed and a huge cache of arms and ammunition recovered, questions were raised about the infiltration and how the terrorists reached the national highway,” Dilbag Singh, Director General of Police, Jammu and Kashmir here told reporters at the tunnel site.

He said that after developing intelligence inputs, a search operation was carried out along the border and the tunnel was detected which is just few metres away from the Pakistan. “The opening of the tunnel is towards the Pakistani side and the terrorists it seems used this route to infiltrate,” the J&K Police Chief said. Meanwhile IG BSF Jammu Frontier, N S Jamwal said that the terrorists made use of technology to carry out their infiltration. “It seems terrorists involved in the Nagrotra encounter used this 30-40 metre long tunnel as it appears to be new one,” said the IG adding, “we believe they had a guide who took them till the highway.” IG Jammu Zone Mukesh Singh was also present at the spot.

PM calls for decisive action by G-20 against COVID-19