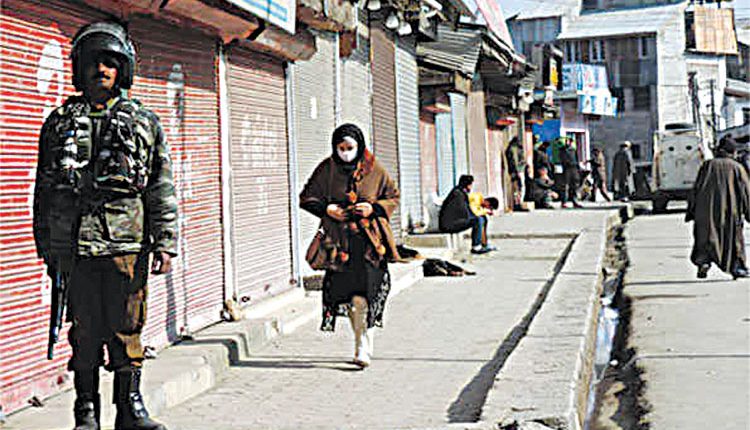 Srinagar, Feb 17 (FN Agency) Life was affected due to strike in Srinagar on Wednesday, when a delegation of Foreign Envoys arrived here today on a two-day visit to assess the ground situation in the Union Territory (UT) of Jammu and Kashmir. The envoy is scheduled to visit winter capital of the UT Jammu tomorrow. During earlier two visits of foreign envoys no strike was observed and life remained normal. Shops and business establishments remained closed and traffic was off the roads. However, private vehicles and some passenger transport was plying on some routes.

Business and other activities were affected in Magam in the central Kashmir district of Badgam, where foreign envoys hold meeting with District Development Commission (DDC) members and chairman and other invitees. Shops and other business establishments remained closed and traffic off the roads in Magam. The historic Jamia Masjid, stronghold of moderate Hurriyat Conference (HC) chairman Mirwaiz Moulvi Omar Farooq, again wore a deserted look today as both the main gates from Nowhatta and Gojwara side were closed. HC alleged that Mirwaiz remained under house arrest since August 15, 2019 when the Centre abrogated Article 370 and 35 A besides divided the state into two Union Territories (UTs).