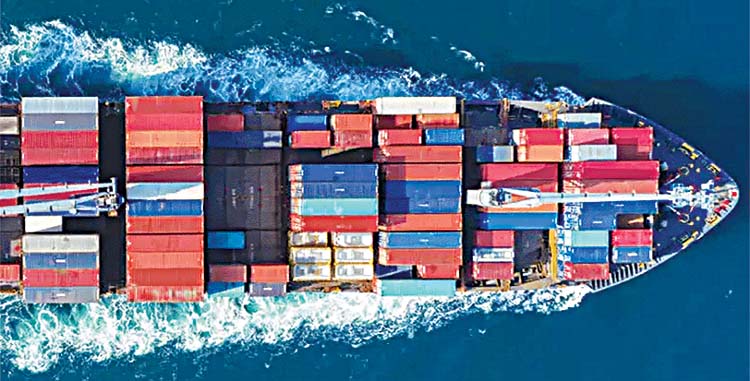 New Delhi, Apr 11 (Agency) Eyeing indigenous production of containers amid a global surge in demand, the Centre is looking to develop Bhavnagar in Gujarat as a container hub and has set up pilot projects for its manufacturing, Union Minister Mansukh Mandaviya said. The initiative aimed at attaining self-reliance in container production eyes Rs 1,000 crore investment from private players and looks to create one lakh jobs. The move assumes significance amid reports of global shortages of containers with Indian containerised trade taking a hit owing to the staggered supply and demand shocks across geographies as per logistic majors. ‘India requires about 3.5 lakh containers every year.

There is no container production in India and we have to depend mainly on China which is a global producer. Now we want to develop Bhavnagar in Gujarat as a container hub and we have selected 10 places there for its production on a pilot basis,’ Ports, Shipping and Waterways Minister Mansukh Mandaviya told. The pilot project has been successful, he said. Mandaviya said the Ministry of shipping during the last six months has taken several initiatives to encourage container production at Bhavnagar with the help of re-rolling and furnace makers who are being encouraged to diversify in the space. ‘We expect private players to invest about Rs 1,000 crore in this space. We also expect creation of one lakh local jobs,’ the minister said. The intiative has been taken to realise the dream of Prime Minister Narendra Modi of ‘Aatmanirbhar Bharat’, Mandaviya said.

He said existing re-rolling and furnace industries are being encouraged to expand and take up this as demand for containerised cargo is increasing in India and globally. ‘Encapsulating this opportunity and furthering Prime Minister Narendra Modi’s vision of ‘Aatmanirbhar Bharat’, efforts are on to make Bhavnagar the hub for container production,’ the minister said. He said one container costs about Rs 3.5 lakh and once the production picks up, India would not be require to import it. ‘We have formed a committee to look into the finer details like standardisation, certification etc. The committee comprises experts from Ministry of Shipping, IRS (Indian Register of Shipping), IITs etc,’ Mandaviya said. Mandaviya said in days to come, India will start production which will be consumed by shipliners. ‘We had a meeting with shipliners associations. Shipping liner associations have assured us that they will purchase the containers providing reasonable profits…They have assured us that they will not import it once indigenous production starts,’ he said. Asked about raw material availability, Mandaviya said his ministry has talked to large steel players in this regard. He said they had a talk with global steel giant ArcelorMittal which has assured to provide the specific grade of steel for container manufacturing.

ArcelorMittal is the largest global steel maker with 89.8 million tonnes crude steel production in 2019 and 18 steel manufacturing units worldwide. Bhavnagar district in Gujarat houses Alang ship-breaking yard, one of the biggest recycling yards in the world. There had been reports recently that non-availability of containers has resulted in air-lifting of cargo by some players. As per the ports apex body IPA, container cargo handling has been on decline at 12 major ports with the just concluded fiscal recording 2.13 per cent decline in container cargo tonnage to 143.74 million tonnes as against 146.84 MT in 2019-2020. The Indian Ports Association (IPA) in its latest report also said that container cargo in terms of TEUs (twenty foot equivalent unit) also dipped 3.75 per cent in 2020-2021 over the previous fiscal.