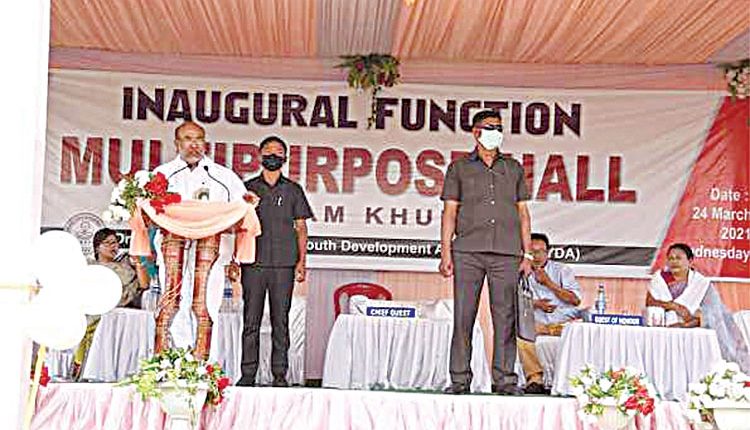 Chennai, mar 24 (FN Representative) The Indian Coast Guard Ship ‘Vajra’, the sixth in the series of seven Offshore Patrol Vessels (OPVs), was on Wednesday commissioned by Chief of Defence Staff General Bipin Rawat here. It is the sixth in the series of seven OPVs constructed by M/s Larsen and Toubro Limited. ICGS Vajra, the 98 meter OPV, has been designed and built by L and T at Kattupalli near here. It is fitted with the state-of-the-art navigation and communication equipment, sensors and machinery, a defence release said. The Ship will be equipped with 30mm and 12.7mm guns with Fire Control System for enhancing its fighting efficiency. The ship is designed to carry one twin-engine helicopter (ALH MK-III under acceptance by ICG from M/s HAL) and four high speed boats, including two Rigid Hull Inflatable Boats for swift Boarding Operations, Search and Rescue, Law Enforcement and Maritime Patrol.

The Ship is also capable of carrying Pollution Response Equipment for oil spill response at sea. The sustenance and reach, coupled with the latest modern equipment and systems, provides her the capability to perform the role of a Command Platform to accomplish the Coast Guard Charter of Duties. ‘Vajra’ meaning ‘Thunderbolt’ is a projection of Indian Coast Guard’s will and commitment ‘To Serve and Protect’ the maritime interests of the nation. ICGS Vajra is commanded by Deputy Inspector General Alex Thomas and will be based at Tuticorin under the Operational and Administrative Control of the Commander, No.16 Coast Guard District (Tuticorin).

The Ship on joining the Coast Guard Eastern fleet, will be deployed extensively for EEZ surveillance and other duties as enshrined in the Coast Guard Charter, to safeguard the Maritime Interests of India. The Indian Coast Guard with this ship joining the fleet, will have 156 Surface Assets and 62 Aircraft in its inventory. DG Krishnaswamy Natarajan, Director General-Indian Coast Guard, Inspector General S Paramesh Commander, Coast Guard Region (East), JD Patil, Whole Time Director, M/s L&T and other senior dignitaries of the Central and State Government took part in the event.

Didi will be shown door on May 2