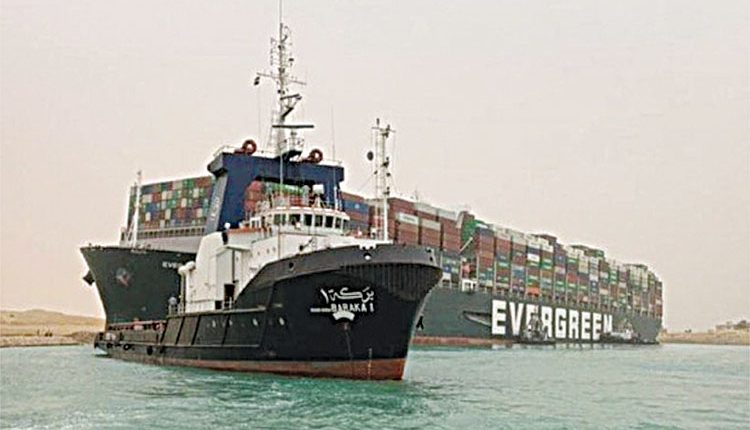 Cairo, Mar 24 (Agency) Egypt’s Suez Canal, one of the world’s busiest trade routes found itself blocked on Tuesday, when a huge container ship ran aground. Egyptian authorities said that tug boats and diggers are working to refloat a giant container ship that has blocked the canal forcing the authorities to reopen the canal’s older channel to divert traffic, as they believe that it could be days before the canal could be reopened for regular traffic, BBC reported on Wednesday.

The incident has lead to long tailbacks on the canal, stopping dozens of other vessels from passing though. About 10 per cent of global trade passes through the Suez Canal, which connects the Mediterranean to the Red Sea and provides the shortest sea link between Asia and Europe. The container ship named Ever Given, which is registered in Panama, and operated by Taiwanese transport company Evergreen Marine, ran aground and became lodged sideways across the waterway was bound for the port city of Rotterdam in the Netherlands from China and was passing northwards through the canal on its way to the Mediterranean, when it ran aground sideways after being hit by strong winds.